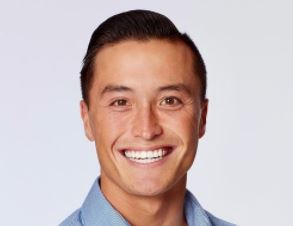 ABC has revealed The Bachelorette Season 17 cast and among the 29 contestants (plus one surprise contestant in a mystery box) John Hersey seemed like the one who will win Katie Thurston‘s heart.

So, who is he? Let’s learn all about him along with this John Hersey wiki.

As per his birthday, John is of the Capricorn zodiac.

John Hersey was born to parents: Mason Hersey and Wanny H. His mother, Wanny is a Munich International School graduate who worked as an “International Chief Academic Director” at EliteK12 Education Group and also worked as  “Superintendent, Emeritus, and Advisor to the Board” at Bullis Charter School in Los Altos, California.

Recalling his childhood, John shared that his parents always joked about him being adopted. Now, that he is all grown up, and by all grown up, we mean, literally grown way taller than his parents, John was starting to think that “maybe it wasn’t a joke”.

But everything aside, John loved his parents to the moon. He thanked them for putting up with him for half a decade in 2017.

Trivia: On mother’s day 2019, John uploaded a picture of his mother on his Honda bike captioned, “Happy Mother’s Day to this speedster and her sidekick”.

John Hersey comes from a mixed ethnicity (Asian-American). His father Mason Hersey is White, while his mother Wanny H. hails from Hong Kong.

But John isn’t the only one who inherits the mixed heritage. He has a four-year-older brother named Eric Hersey who lived in Pasadena, California, and was working as a production designer and security guard at ScissorFilms in 2021. Also, he previously worked for the Gojump Las Vegas and his alma mater the University of Oregon. 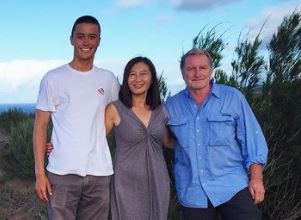 As of May 2021, John entertained 2.7K followers over Instagram and was present over Facebook @john.hersey.73. Most of his posts then featured him and his adventures. From skydiving to snowboarding to deep-sea diving, John had pictures of it all.

Also, Judging from the posts John shared over his socials, which was mostly anti-Trump, he probably is a Liberal.

Did you know: John owned an Italian Greyhound named Dexter who owned his own Instagram @__dextagram__. Moreover, the dog often accompanied John over his adventures as well.

A bartender by profession, John then reportedly made around $15 per hour working at Dukes, La Jolla. Before that, John worked the same job at Hotel Paradox, Autograph Collection for almost 2 years.

The Bachelorette contestant has also been a volunteer research assistant for the U.S Geological Survey (USHS) in Dec 2016 for 2 months.

However, John isn’t content with spending his whole life as a bartender. He was then studying to get his pilot license.

In light of his education, John attended Drexel University and the University of California to study Marine biology.

Spoiler alert, John Hersey was rumored to have made it to the top four alongside Blake Moynes, Greg Grippo, and an anonymous contestant.

It seems that John was the kind of man Katie Thurston was looking for; like the Bachelorette previously mentioned — a mature man who can laugh along with her with ambitions to succeed in everything he does. Also, she warned her competitors that nothing turned her off more than “someone who sits around playing video games all day or a man who tries to kiss her at the inopportune moment.”

John Hersey was looking for someone genuine, honest, faithful, respectful, and willing to challenge him to be a better version of himself. He shared that he loved it when a woman was confident in her natural beauty and pursued her passions every day.

Before competing on The Bachelorette, John was rumored to have had a girlfriend named Julie Durett who was often featured over his socials. She was a  Scotch Plains, New Jersey native, who worked as a Physician Assistant (PA) at Sutter Health Palo Alto Medical Foundation.