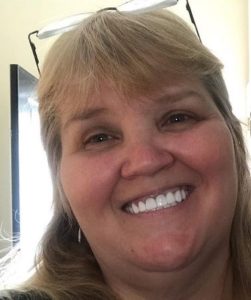 When you watch a TV show about the Shannon family, you take plenty of drama for granted. The popular American family first appeared on TLC‘s Toddlers & Tiaras in 2011 in an episode called Precious Moments Pageant 2011.

June “Swamp Mama” Shannon’s daughter, Alana “Honey Boo Boo” Thompson’s victories within the children’s beauty pageants quickly made her fan-favorite, which ultimately gave them their own TV show called Here Comes Honey Boo Boo. Since then, the Shannon family has appeared on multiple TV shows, the most popular being We TV‘s Mama June: Road to Redemption, which was previously known as Mama June: From Not to Hot.

Mama June’s sister Joanne “Doe Doe” Shannon also stars in the popular We TV show. Today, we are going to talk about her. Get insights into her age, family info, net worth, and personal life by reading this Joanne Shannon wiki!

Joanne Shannon was born in the year 1964 and was 56 years of age in 2021. She celebrates her birthday on the 30th of December every year.

On December 31, 2019, Joanne made a post on Instagram thanking her daughter and grandson for giving the best presents for her 55th birthday.

Going by her birthday, Joanne’s zodiac sign should be Sagittarius.

Coming to Joanne’s family, she was born to her parents Marvin Shannon (dad) and Sandra Hundley (mom). Her parents divorced a long time ago when Joanne was still very young.

The feud between her mom Sandra and her sister Mama June goes back to 2003. Before Mama June began dating her current boyfriend Geno Doak, she used to be in a relationship with a convicted child abuser Mark McDaniel. Mama June’s mom never supported her in this relationship.

Furthermore, when Mama June completely ignored her daughter’s claims to media that Mark had once sexually abused her, and instead rekindled her relationship with Mark, this action of Mama June sent Sandra into a rage.

During the premiere episode of Mama June: From Not to Hot: Family Crisis, Joanna showed off her brand new set of teeth after she had a drastic dental makeover.

She even took to Instagram to show the results. The whole process was reported to cost around $60 thousand — and was performed under the supervision of Dr. Aamir A Wahab DDS, a popular Hollywood dentist.

Joanne Shannon is massively popular on social media. As of May 2021, she was available on almost all popular social media platforms, which obviously included Instagram, Facebook, and Twitter.

Coming to Joanne Shannon’s career, she is the owner of a Discount Store filled with low-priced everyday goods, located in Hampton, Georgia. She opened the store on November 15, 2017.

Additionally, Joanne is an actor at Doe Doe at Thinfactory Media and Driver at DoorDash–Food Delivery.

Furthermore, Joanne also earns huge money through her appearances in Mama June: From Not to Hot, now rebranded as Mama June: Road to Redemption.

In the new 5th season Road To Redemption, Joanne met with Mama June’s current beau Geno Doak. In case you did not know, Mama June and Geno were arrested for felony drug possession in March 2019 and were recently released.

According to a preview, Joanne even has a clash with Geno. There’s a chance Geno might ruin Mama June’s effort of reconciling with the family.

In any event, Jo Shannon and Mama June’s daughter Lauryn “Pumpkin” Shannon looked very unimpressed with Geno. Reportedly, Geno even blustered his way through his apology. Apparently, Mama June even yelled at Geno saying that he had only “one job.”

Though Joanne Shannon has two children, one son named Andrew Jackson and another daughter named Amber Jackson, no one knows about her marriage. Neither does her husband.

Joanne’s son Andrew lives in Alabama and normally does not get to see his family much. On July 3, 2020, Joanne posted a picture with Andrew and revealed to her fans and followers the picture of her son.

Joanne Shannon’s daughter Amber is the eldest of her two children. She celebrates her birthday on the 18th of November every year. Joanne even wished Amber a very happy birthday on Instagram on November 18, 2017.

Born in her hometown in Zebulon, Georgia, Amber’s been living in Hampton, Georgia for quite a long time now.

For high school, Amber went to Pike Country. Then, she studied Medical at Griffin Technical College and graduated from there in 2009. From August 2012 to April 2016, Joanne worked as a front desk at Walnut Creek Family Practice.

Her Facebook handle says Amber is a single mother to her son Bryan Busby. She was married to Bryan’s dad Jared Issac Busby but separated from him some time ago.

Amber made an Instagram post on August 31, 2018, to tell her followers that her son Bryan was accepted into Mt. Carmel Elementary School.