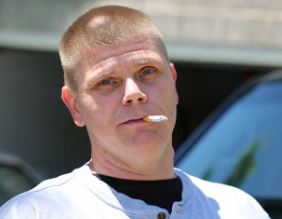 MAMA June season 5: Road to Redemption arrived in 2021. Over the early episodes, ‘Mama June’ Shannon revealed that she and her boyfriend Geno Doak put on “a little couple extra pounds” — 60lbs and 100lbs respectively and labeled the weight gain as “healthy Covid weight”.

But who is her Geno, who gained the “healthy Covid weight” alongside her? Stay with this Geno Doak wiki to learn all about him.

As per his birthday, Geno is of the Libra zodiac.

Before 2021, Geno levied in places like  Dallas, Griffin, and Temple in Georgia, one of which could be his hometown.

Information about his education wasn’t available.

Also, Geno was presented over Cameo under his self-titled account.

Talking about his job, Geno is a business person who owned G&J Home Improvements based in Griffin, Georgia. Fortunately, it was also through his company Geno first met Mama June — Back in 2016, Shannon hired Doak’s company to remodel her Hampton, Georgia home.

After accepting a plea deal in 2021, Geno received 16 months jail sentence in Macon Community Corrections. The sentencing had stemmed from his Alabama drug case.

Mentioning his previous arrest records, Geno was first sentenced to a year in prison in 1996, for felony burglary but was released after three months. Then, in 2009, he was arrested for burglary or stealing a $500 cargo trailer. Lastly, in March 2019, Doak was arrested alongside Mama June, after the two got into a fight at an Alabama gas station, and charged with drug abuse.

If are a fan of Mama June then you should be familiar with the couple’s history with drug abuse. In an interview, Mama June confessed that at the height of her addition, Geno spent almost $1 million on drugs.

However, as of August 2020, Mama June said that she was six months sober.

Geno Doak and Mama June started dating in 2016 ever since they were first introduced through Geno’s company. Back then, he had no idea Mama June was famous. In Mama June’s words,

“His kids knew, but he didn’t! I was like, ‘Did you live underneath a rock?’ He was like, ‘No.’ He just doesn’t watch reality TV. I mean, you know, he does now watch the show, but he doesn’t care two cents less about the cameras.”

Over 2 years of dating, Mama June once ambushed Geno and proposed a surprise wedding while her daughter was getting married in Las Vegas. It was featured in an episode of Mama June season 2 “From Not to Hot”. To which, Geno lashed out against Shannon and shut it down.

A short time after that, Mama June then accused Geno of cheating and allegedly sexting multiple women. But Geno denied the accusations.

Soon, the couple was back to being lovebirds again. Mama June shared,

Shortly after Geno’s sentencing in Aug 2021, Mama June revealed he was no longer part of her life. By her admission, they broke up a long time ago.

Before his relationship with Mama June, Geno Doak was married to his ex-wife named Kimberly Ann Doak. They together share four kids, who stayed with their mother, Kimberly after the divorce. One of Geno’s kids even has a son, who was featured over his IG back in June 2020.

According to Kimberly, she even warned Mama June about Geno, but no one listened to her. Later, after Geno and Mama June were arrested on drug charges in 2019, Kimberly again broke her silence over IG, with a plea for help. However, it was unheld like the last time as well.

Now, she’s just happy that she isn’t part of the whole drama.

Little info on Geno’s ex-wife Kimberly Ann Doak: She is two years younger than Geno and celebrates her birthday on November 19. In 2021, she was living in Panama City Beach, Florida. But originally, she hails from Cave Spring, Georgia.