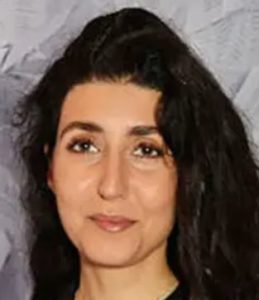 Everyone remembers Osama Bin Laden as the terrorist responsible for the September 11 attacks. However, most people might not know another member of the Bin Laden family, who, as a complete antithesis to Osama, considers America her second home and backed Donald Trump. We are talking about Osama’s niece, Noor Bin Ladin.

Read the article below to know more about Noor Bin Ladin, her political views, and why she supports Donald Trump.

But first of all, about Noor’s beginnings. According to Noor herself, she was 14 years of age when the 9/11 attacks happened in 2001. From that, we can conclude that she was most probably born in the year 1987.

And as of 2020, Noor Bin Ladin was 33 years of age. The exact month and day of her birthday were not known.

Noor Bin Ladin was born to her parents: Yeslam Bin Ladin, a Saudi businessman, and Carmen Dufour, a Swiss author. The world-famous Islamist and terrorist Osama Bin Laden was her uncle.

The father of both Osama and Yeslam was a wealthy Saudi businessman called Mohammed Bin Laden. The Bin Laden family had close ties to the Saudi royal family.

According to some sources, Mohammed was the father of more than 50 children. Among all his children, Yeslma (Noor’s father) came to Switzerland to head the Bin Laden family’s European holding company, the Saudi Investment Company. Osama (Noor’s uncle) however left for Afghanistan looking for his own destiny.

Noor was born in Switzerland and thus her nationality was Swiss. Noor’s mother and father had divorced in 1988 when Noor was only just a baby. Noor’s mother, Carmen Dufour, fought a difficult legal battle against her husband so that she would not have to raise her daughters on stifling Saudi culture. Carmen wanted her daughters to taste the freedom offered by modern western values.

Noor Bin Ladin was raised, along with her two other sisters, by her mother.

Noor Bin Ladin is a tall woman standing at a height of 5 ft 7 inches and weighed about 57 kgs.

Among her distinct features include broad Middle-Eastern face and her sweet smile.

Noor was absent from most of the social media platforms. Except for Twitter. Apparently, Noor had her Twitter since 2010. But she was the most active only since early 2019, with the highest traffic of Tweets in since mid-2020.

Noor was very vocal about her conservative, pro-Trump, anti-Islamist views on Twitter. Her bio on Twitter read, “For the preservation of Freedom and Western Civilisation’s fundamental principles.”

Her Twitter was also full of conspiracy theories like Obamagate, QAnon, and retweets from conservative figureheads like Peter Hitchens, Sean Hannity, Donald Trump, etc. She had criticized the enforced wearing of face masks and the actions of the World Health Organisation.

There was no information on Noor’s jobs or her educational background. Except for the fact that Noor gained education on proper western values through her mother. Since her early childhood, Noor was against radical Islam and the extremism it created.

Anyway, whatever information was there about Noor, everything was about her supporting Donald Trump in his election bid in 2020. According to Noor, Donald Trump was the only leader for America. He was the only one who could control the radical Islamists and protect the west from terrorism threats.

When it came to her net worth, there was little information. Her father was a multi-millionaire, being a business manganate, whose net worth amounted to over $100 million. Noor Bin Ladin’s own net worth could be estimated to be a little over $500 thousand. However, that is only an approximate number.

There was absolutely no information regarding Noor’s husband or boyfriends. It was estimated by some media that Noor Bin Ladin, who was already 33 years of age, could be married and also had kids of her own.