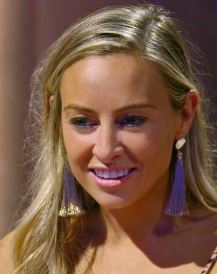 Appearing on the inaugural season of “Love Is Blind,” Jessica Batten left quite an imprint among Netflix subscribers.

From embracing the “player” image to leaving Mark Cuevas at the alter, Jessica became a divisive figure. For an admirer, she had double the detractors.

Read till the end to learn about Jessica’s dating status now, height, and family background. A deeper dive into the reality star’s wiki unfolds her occupation and relationship with former husband prospect Mark.

Every 26th June, Jessica Batten celebrates her birthday. Taking account of her date of birth, she is a Cancer.

Coming to her family life, Jessica grew up idolizing her dad — a constant fixture on her IG. The duo bonded over a mutual love for basketball.

Besides her, Jessica’s parents — father Jeff and mother Julie — reportedly had a son. The stunning reality star’s brother named is Jeffery.

According to Jessica, her parents were no longer together. Her mom and dad divorced for reasons unknown to the public.

As of 2020, Jessica’s educational background wasn’t public. Little info was available about her college degree.

Pre-“Love Is Blind” fame, Jessica Batten worked as a regional manager at an Atlanta-based business. When her reality TV career took off, she quit the job and left for Los Angeles.

Despite being one of the oldest contestants on the 1st season of “Love Is Blind,” Jessica caught a flack for her immature behavior. Fans became livid with her “player” persona.

Nevertheless, Jessica transformed into an international phenomenon because of “Love Is Blind.” It reflected in her popularity online. By June 2020, she had 613k followers on IG.

From her reality TV career and past endavours, Jessica garnered $350k plus net worth. Her height, on the other hand, stood at a respectable 5 feet & 8 inches mark.

Jessica Batten’s “Love Is Blind” stint was rilled in controversy. Early on, she opened about being ready for marriage and wanting to date athletic boyfriends who were older.

Mark Cuevas — Jessica admirer since day 1 — did boast the athleticism but was 10 years younger than her. In the meantime, she had fallen for another contestant Matt Barnett who later got engaged to Amber Pike.

After facing rejection from Matt, Jessica gave into Mark’s persistence. She would eventually accept the proposal from her younger partner.

When the big day came, Jessica still had wedding jitters. Acting on impulse, she left now-former husband prospect Mark at the alter. 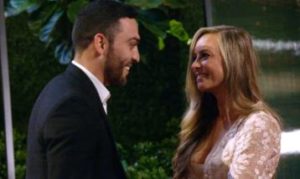 In an interview, Jessica described her “Love Is Blind” tenure as “psychological warfare.” She also opened about being not able to quit the show.

Contradicting her claims, several “Love Is Blind” producers called Jessica’s views on her time on the show confusing and conflicting.

After the marriage plans between Jessica and Mark went awry, the duo deemed it not to stay in contact. The cries of fans who wanted then to begin dating again fell on deaf ears.

Season 1 of “Love Is Blind” was filmed in 2018. By the start of 2020, neither Jessica nor Mark made headlines because of their dating life.

In June 2020, “Love Is Blind” star Lauren “LC” Chamblin shared she was breaking up with Mark Cuevas. By her admission, they had been dating since May 2020.

Lauren broke things off with Mark after discovering he was also seeing another woman. What’s more, she accused Mark of treating him like an option.

Speaking to E! News, Mark insisted they weren’t in an exclusive relationship.

Interestingly, Jessica Batten also provided her two cents on the story. When a fan noted that Mark was sleeping with multiple women during the filming of “Love Is Blind,” she shared:

The 2020’s 4th of July celebration was memorable for Jessica Batten. That weekend, she showed off her latest boyfriend Dr. Benjamin McGrath. 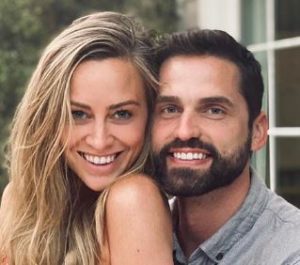 Via Instagram, Jessica shared two photos of them. In both photos, Benjamin embraced her from behind. She captioned the post with the words:

“Happy Fourth! 🇺🇸 🇺🇸… Freedom isn’t free. I’m thankful to be able to follow my heart and choose my own happiness. I hope you all do the same! For those who have asked, this is why I would do it all over again… Can’t wait to share some of our adventures…”

What’s more, many fans in the comment section noted Benjamin was of age. Even Jessica replied with the quickness that her new boyfriend “was 34 at the time of filming so it turns out that’s exactly what I was looking for.”

By her admission, Jessica met Benjamin in April 2020. Also, they admittedly bonded over their mutual love for riding bicycles.

Read everything about Benjamin HERE!

Imagine someone setting you up for a blind date. Yes! the excitement is there to meet someone new, but here...