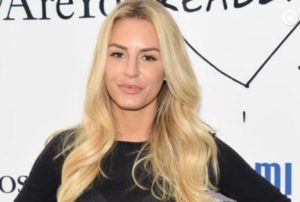 Morgan Stewart is a complete package. A multi-faceted talent, she influences, blogs about fashion hosts red carpet events, and — more importantly — owns a coveted title of a reality star.

Scroll through Morgan Stewart wiki to learn more about her!

Born to biological parents Herb and Susan Stewart, Morgan Stewart turned 32 years of age on 22nd May 2020. More about her family: Morgan is siblings with a brother who suffers from schizophrenia.

Morgan first gained traction by joining the casting of “Rich Kids of Beverly Hills” in 2014.

Working closely with E!, Morgan hosted the network’s Snapchat show “What the Fashion.” She then went on to host shows including “E! News: Daily Pop” and “Nightly Pop.”

Now and again, Morgan Stewart collaborates with high-end brands to launch beauty products and clothing lines. The earnings, in turn, assist in solidifying her $3 million net worth.

Morgan Stewart — who measures 5 feet and 5 inches in height — is the genius behind the book “Boobs, Loubs, and Blo*jobs.”

On 6th March 2015, Morgan Stewart accepted the proposal from then-boyfriend Brendan Fitzpatrick. The duo got engaged on camera. At that point, they had been dating for three years.

Morgan and fiance Brendan got married on 7th May 2016. Over 150 guests attended their wedding. 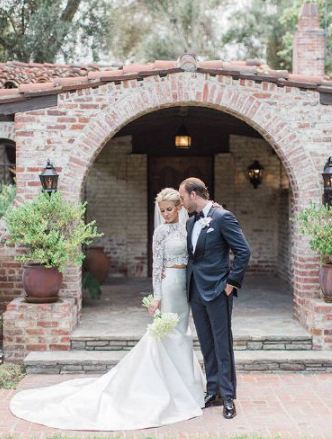 May 2019, Page Six reported that Morgan had been in an extra-marital relationship with an E! executive named Bryce Kristensen. Citing fellow E! staffers as the source, the publication claimed that the two began messing with each other in late-2016.

Responding to the allegation, Morgan shut down the cheating rumors. Her alleged lover Bryce followed suit. But by then, the damage was beyond recoverable.

In August 2019, Morgan announced separation from husband Brendan. Two months later, she filed for a divorce at a Los Angeles-based court.

Since Morgan and Brendan didn’t have any children, many expected the duo’s divorce to be a smooth ride.

During Instagram Live in March 2020, Morgan Stewart outed Jordan McGraw as her boyfriend. According to E! host, they had begun dating in late-2019.

To those in the dark: Jordan is a musician and — perhaps, the most notably — the son of Dr. Phil McGraw.

In the same IG Live, Morgan shared how they had dated for a year some 10 years ago. When they united in 2019, Jordan persistently pursued her. She eventually caved into his advances.

On 5th July 2020, Morgan took to IG and hinted she and Jordan were now an engaged couple. Sharing a photo of herself sporting a giant diamond ring, she captioned it, “Fireworks.”

Meanwhile, Jordan shared a post-engagement snap of them and captioned the photo: “Plenty to smile about… ”

On 10th August 2020, Morgan and her then-fiance took to IG and announced the gender of their first child as a baby daughter. She captioned the clip of Jordan popping a gender-reveal baloon with the words: “She may not be great at math but at least we know she’ll be well dressed.”

In December 2020, Morgan wedded Jordan in a private ceremony. Sharing a photo of them locking lips at their wedding, the Nightly Pop co-host wrote— “Btw … Jordan and Morgan McGraw.”

Morgan gave birth to their daughter, Row Renggli McGraw in February 2021. A day later, she broke the baby news via Instagram by uploading a picture from the hospital.

An actress-turned-reality star, Amanda Stanton exploded to popularity after appearing on the 20th season of...