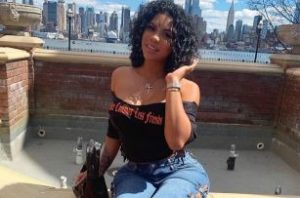 Chinese Kitty rose to fame via Instagram. Transcending social media popularity, she then pursued a career in music and starred in the hit Vh1 show “Love & Hip Hop Miami.”

Read the piece below and get familiar with Kitty’s dating status, net worth, plastic surgery, and real name.

Taylor Hing is Chinese Kitty’s real name. Her parents carried Guyanese and Chinese heritage. As such, she owns a mixed ethnicity.

More on her family lineage: Chinese Kitty is the daughter of reality star Chinese Nicky. She reportedly has two siblings: four half-siblings and one half-sibling.

At age 20, Chinese Kitty became the cover girl for the “Smooth Magazine.” By February 2020, she had become an Instagram sensation with 3.1 million followers.

In 2016, Chinese Kitty starred next to Young Dolph in the rapper’s music video for the single “Foreva.”

Chinese Kitty Before And After Plastic Surgery

A strong advocate for plastic surgery, Chinese Kitty never hid about her boob job and liposuction. Her before and after plastic surgery photos justified why she went under the knife.

Chinese Kitty once stated postpartum as one of the reasons behind the surgeries. Admittedly, she wanted to speed up the recovery process.

As of May 2020, Twitter had yet to verify Chinese Kitty’s official account. Nonetheless, she owned 68k followers on the platform. On IG though, the social media star-turned-rapper garnered 3.2 million followers.

According to a May 2020 report, Chinese Kitty had an average of 40k listeners on the music streaming platform Spotify. 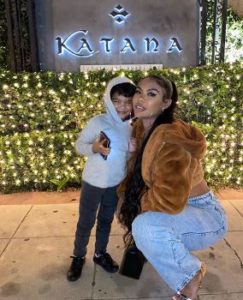 In 2016, Chinese Kitty became a first-time mom after giving a son Ashton Hing. Interestingly, the Insta star-turned-rapper kept the identity of her baby father hidden.

On 24th April 2020, Chinese Kitty took to Twitter and vented about her failing romance. She wrote,

“Usually what I do to get over is I literally go chill with someone else to take my mind off. Honestly, I don’t even want to be next to nobody.”

Without naming the boyfriend, the “Hit Stick” rapper then followed the tweet with another sad confession. She shared,

“It’s so hard to sleep alone.”

In early-May 2020, rapper Lil Tjay went viral for refusing to buy IG model Rubi Rose a return ticket after their sexcapade. Coming to Ruby’s defense, Chinese Kitty called him thirsty. What’s more, she even shared a screengrab of him trying to link up with her.

In retaliation, an angry Lil Tjay took to social media and made outrageous claims. He shared when the two had sex in the closest Chinese Kitty’s son was still in the room.

Jullian Boothe made a name for himself as one of the best talent managers, if not the best, in the...