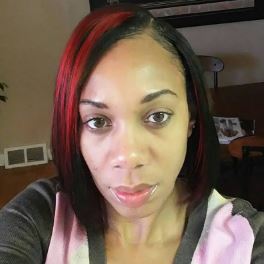 Netflix’s Worn Stories is not only a show about losing someone dearest to your heart but also a story of inspiration. In the second episode of the show appeared, Maxayn Gooden lost her beloved talented son in 2017. Ever since then, she used her loss to inspire others so they don’t have to go through the same.

So, who is this mother, and what’s her story behind it? Scroll down this Maxayn Gooden Wiki to learn more about the lady.

Jahsun Ahmad Patton was born on 12 April 1999. He was 18 years old at the time of his death. He was born to Maxayn Gooden and her partner Quinn Patton. His name meant “God is the center of all things.”

Maxayn remembered her son as an early bird no matter how late he stayed up the night before. He attended Boy’s Latin Philadelphia Charter School in West Philly. In school, he was on the football team and planned on playing football in college as he also had a 3.5 GPA.

As Jahsun got accepted into several colleges, he planned to gather people around for the celebration. He planned to see his sister on his father’s side so he went to Harrisburg. Maxayn saw him off at 30th Street Station unbeknownst that was the last time she was seeing him.

On 25 November 2017, Jahsun was shot and killed in his sister’s apartment. The man, Derrick Butler, who killed him was convicted of a 25 to 50-year sentence for shooting 9 times before fleeing the scene. Not only that, but he was also hired to coach kids in Timoteo Christian Flag Football.

Netflix’s Worn Stories is more than just a story about clothes. It held stories and gave a new meaning to it even some memories dear to the heart. The series featured Maxayn Gooden who has stories to share about the loss of her son.

Even though she endured a huge loss, Maxayn saw a silver lining to her story. Now years later, she put good uses of her voice as a beacon that came from the darkest place of her life to inspire and guide other young people. In 2019, she shared,

Maxayn Gooden was 46 years old as of this article. But, she never shared details on her birthday and her socials don’t hold information related to her birthday.

Maxayn Gooden was born to her parents in her hometown of Philadelphia, Pennsylvania, the United States. She never shared information related to her mother and father.

More From Us: Jeannie Mai Children, Mother, Net Worth, Ethnicity

Talking about social media reach, Maxayn Gooden is on Facebook that holds most of the information on her. Also, she promoted Netflix’s Worn Stories on the platform.

Whereas, she is also on Twitter but not active very active on it. Her Twitter profile gathered 12 followers in total as of this writing. Plus, she only tweeted 12 times and never posted anything since February of 2019.

Starting with Maxayn Gooden’s education, she attended William Penn High School in her hometown. She graduated from the school in 1993. Then after that, she joined LaSalle University where she studied Psychology.

To unfold details on her career, Maxayn previously worked for CCIS as a case manager. However, the length of her time in that job wasn’t mentioned. Starting from 2017, she founded and worked as an executive director of Women of Valor. This gave a new rise to her career as a consultant, public speaker, and book writer.

From 2018, Maxayn started working as Peer Crises Responder at Philadelphia District Attorney’s Office. Whereas from 2019, she added a new title of Resident Opportunity Self Sufficiency Coordinator at the Philadelphia Housing Authority.

On top of that, Maxayn also started Jahworld Memorial Scholarship for the youth football players in Philly who get good grades and demonstrate leadership skills on and off the field. Every birthday, she also raises $100 to $500 to contribute to scholarships.

Maxayn Gooden married Quinn Patton a while back, but no details on their marriage surfaced as of this writing. Moreover, they were together for a few years then. Together they also appeared at several events that commemorated their son.

Together, Maxayn Gooden and her husband have two kids; a son named Nadeem Gooden and a daughter Amyah Hicks. Maxayn was always a good parent for her kids. She shared,

“He had a lot of girls who liked him, but they wound up being good friends,” she said. “I remember one of his friends telling me that they went to a movie and she started taking her money out. He said, ‘Put that away, you’re embarrassing me.’ I started smiling because that’s how I raised him, to be a gentleman.”

Maxayn and Quinn seem to be together up until 2018. But ever since then, they haven’t appeared together publicly.