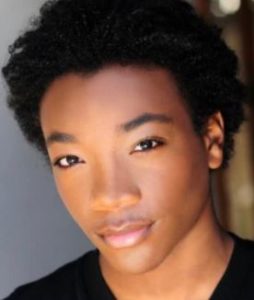 On 14 February 2020, Cree Cicchino posted a photo on Instagram. In the photo, which was captured in front of the Cinderella Castle in Disneyland, Jaheem was on his knees and Cree was showing off a ring on her fingers. The caption of the photo read “…now I’m in a whole new world with you”. Everyone thought they were engaged. 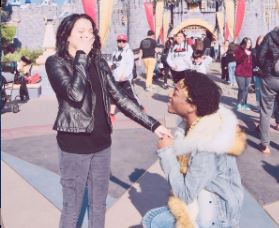 Later, Cree updated the post with the following words:

“Definitely NOT engaged! Apologies for the confusion😂 We thought it would be fun to take some fake little proposal pics in front of the castle at Disney, on Valentines Day. We are the best of friends and love each other very much! But we can happily confirm we are NOT actually engaged.”

Apparently, it was just a prank. They were not engaged, they were not even dating each other. In fact, Cree was rumored to be dating Jace Norman. However, that rumor also turned out to be false. And Cree was just good friends with both Jace and Jaheem. Reportedly, Cree was single at the present moment.

Jaheem first met Cree on the set of Nickelodeon’s Ho Ho Holiday Special. Cree was a huge Nickelodeon star who was famous for her role as Babe Carano in Game Shakers. She was also a star of the TV series Mr. Iglesias. Also, she was recently announced as one of the cast members of the Sex and the City revival series And Just Like That.

Strangely enough, there has been very little information about Jaheem Toombs’s girlfriends as of July 2021. So little that fans have started to speculate that Jaheem was not really into girlfriends but boyfriends. That’s right, there were a lot of rumors about him being gay.

However, all those rumors are still rumors because Jaheem has not commented on the rumors of him being gay.

Jaheem Toombs was born on 30 October 2001. And thus, his age, as of July 2021, was 19, with his 20th birthday coming in a couple of months. Also, because his birthday falls on the 30th of October, his zodiac sign was Scorpio.

Jaheem Toombs was born to parents: Anthony (or Ant) Toombs and Nicole Toombs. Both of his parents were artists and creative people. His father was a professional musician and his mother was a teacher and wardrobe stylist. She had an Instagram profile by the name @stylebymamatoombs.

Jaheem’s parents were still together and still celebrating their time together. Jaheem’s great-grandmother (Nicole’s grandmother), Ruth Jackson, passed away recently on 4 April 2021. Jaheem did not have any real siblings that we knew of, but his 100 Things to Do Before High School co-star Brady Reiter was just like his sister. Although she played his nemesis in the show, she was his best friend in real life.

Jaheem’s hometown was Boston, Massachusetts, where he was born and raised. He graduated from high school in 2019.

Reportedly, Jaheem Toombs has around $300K in net worth.

Jaheem Toombs was a child star of Nickelodeon. He was most known for his role of Fenwick Frazier, a smart nerdy adventure-loving kid, in Nickelodeon‘s hit series 100 Things to Do Before High School. The show ran for just one season from July 2015 to February 2016. In 2015, he also performed in Nickelodeon’s Ho Ho Holiday Special, a TV movie.

He actually made his acting debut in 2010 in a movie short called Eyes to See. Jaheem also made his TV debut in 2011 with a minor role in the series The Cape. From 2011 to his break in 2014 (when he was cast on 100 Things to Do Before High School) he worked in several shorts and a few TV shows like Mr. Sunshine, Gortimer Gibbon’s Life on Normal Street, and one TV movie called Continuing Fred.

Since 100 Things to Do Before High School and Nickelodeon’s Ho Ho Holiday Special, Jaheem has not found much success. He has only a few minor credits in TV shows like Shortcomings, Knight Squad, to his name. Although he was an important cast member in the movie To the Beat! in 2018 and its sequel To the Beat! Back 2 School in 2020.