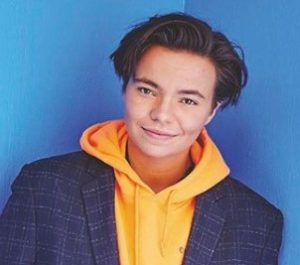 The times when only cis-gendered people were considered for the transgender roles were not long ago. However, with the rise of promising transgender actors, the trend now seems to be going in the opposite direction.

Zoe identifies herself as non-binary. The article below, laid out in a wiki-style format, presents Zoe’s story. From Zoe’s age to net worth to dating status, this article has it all. 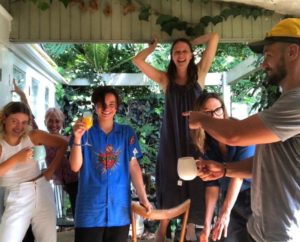 On 23 March 2020, Zoe celebrated their 20th birthday with some of their close friends. They tweeted a photo of enjoying the birthday with friends and captioned it: ‘got to spend my 20th bday in isolation with my favorite people on the planet. I’m one lucky boy.’

Zoe was born and raised in Australia. Therefore, their nationality is Australian.

While many people wondered if Zoe Terakes was aboriginal, they cleared up everything in a session with the Traveller. In an exclusive talk, Zoe revealed that their family is Greek. In the same talk, Zoe also told everyone that they are part Italian.

Until October 2020, Zoe has never talked about her family much in public. Zoe never revealed about their parents in any of their interviews. However, that being said, Zoe revealed about having siblings in their Instagram handle.

While Zoe’s physical attributes are not something to make a big deal about, they are present on the Internet for information purposes.

Zoe Terakes stands at a height of 5 Feet 6 Inches and weights under 60 kilograms. Any further distinct features about them are not available yet.

Before Zoe went on to land their career-defining role in Wentworth, they had substantial experience in theatres and TV. A View From The Bridge, A Doll’s House, Part 2, The Wolves, Metamorphoses are their theatre credits.

They were also a part of the TV shows like Janet King and The End. They also played the role of Priscilla/Celia in a short movie, The Craft.

Zoe joined the cast of Season 8 of Wentworth in October 2019 alongside Kate Box, who plays Lou Kelly on the show.

Zoe plays Rebel ‘Reb’ Keane, a born female, who felt trapped in a man’s body and reidentified herself as a female-to-trans man. Reb, in the show, is now terrified after being sentenced to prison.

When asked about the growing tendency of offering transgender roles to a transgender person, Zoe showed an affirmative response to the trend. In a conversation with IF, Zoe told,

“I’ve never seen a cis-gender person tell a transgender story 100 per cent believably. There is a level of authenticity in representation that comes when you have somebody who gets it, feels it in their bones and they have lived it.”

To talk about Zoe’s net worth, they reportedly have made a staggering $150 as of this writing.

Though it is not known when exactly Zoe Terakes came out as a non-binary person, it has been mentioned on their Instagram handle ever since it was created.

Ever since Zoe identified themself as a non-binary, they go by the pronouns of ‘they/them/their’.

Zoe Terakes has written their relationship status as “single” on their Facebook account. Perhaps it looked like Zoe wanted to work on their career right now that they did not have any time to offer to her partner if she were to have any.

However, Zoe’s Instagram told a different story. Judging by their posts on the platform, Zoe Terakes was dating their partner, Gemma “the rock” Hassall.

According to this IG photo posted in 2020, Zoe and Gemma had been one another’s best friend for 16 years. The post also showcased the tattoo they had for one another.

Like Zoe, Gemma also didn’t conform to a specific gender. Reach out to Gemma on Instagram @gemma_hassall.

Katrina Milosevic is a splendidly talented model and actress from Australia. She spent her initial years in...