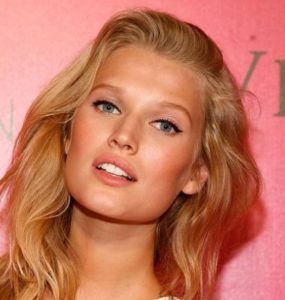 A German fashion model and actress, Toni Garrn, shot into the limelight after she signed an exclusive contract with the fashion brand, Calvin Klein, in 2008.

Victoria’s Secret model garnered more popularity following her marriage with the actor, Alex Pettyfer, who is popular for his performances in Magic Mike, I Am Number Four, and Stormbreaker, on October 2, 2020.

However, Toni’s relationship life has not been as simple as one would have thought especially after the inception of rumors of Toni dating a former Victoria’s Secret Angel, Karlie Kloss.

Find out everything about Toni Garrn including her general wiki details, modeling career, and net worth. Read until the very end as we simplify Toni’s convoluted personal life.

By 2021, Toni is managed by The Lions, Women Management, Storm Management, and View Management. Furthermore, Toni Garrn’s net worth as of this writing totals a massive $3 million.

Toni was first spotted by an agent of a talent agency in the 2006 FIFA World Cup in Hamburg. She was 13 at the time and immediately she was signed up with a New York-based agency named Women Management.

Her runway career started at the tender age of 15 when she debuted in a Calvin Klein Spring/Summer runway show. In the following season, she again walked for Calvin Klein exclusively. That same year, Toni was also featured in Calvin Klein‘s ad campaign.

In April 2012, Toni was rumored to have been chosen as an official Victoria’s Secret Angel. However, the rumor turned out to be false after it was revealed that she was only chosen to appear in Victoria’s Secret campaign for the “Dream Angel” line and “Angels in Love” commercial.

Over the years, Toni walked in Victoria’s Secret Fashion Show a total of 4 times.

Throughout her career, Toni has worked with prestigious designers like Dior, Louis Vuitton, Chanel, Dolce & Gabbana, and has appeared in Vogue, Glamour, Harper’s Bazaar, among others.

Toni’s father works in an oil company whereas her mother, Anja Garrn, is a businesswoman.

Toni also has an older brother as her only sibling in the family. His name is Niklas and he is a model too.

Toni married the Magic Mike star, Alex Pettyfer. The pair were first seen together attending an Oscars party in February 2019.

The couple dated for almost 10 months before they got engaged on December 31, 2020. On Christmas eve, Alex popped the question with a gorgeous ring while being on his knees. The German supermodel, of course, said yes to Alex’s proposal. 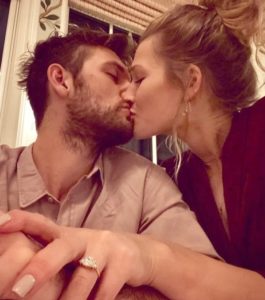 Toni and Alex get engaged on 2019’s Christmas Eve.

Within a year of engagement, the pair got married on October 4, 2020, in Toni’s hometown, Hamburg, Germany.

The Bride and Groom both shared an identical picture from their wedding. While Alex went with a casual wedding day dress, Toni wore a cream-colored gown with a thin black scarf around her neck.

Uploading the picture, Toni wrote, “Now you really get to call me wifey,” whereas the groom wrote, “Mr. and Mrs. Pettyfer.”

In March 2021, Toni shared she and Alex were expecting their first bundle of joy during a Vogue German photoshoot. 4 months later, the married couple welcomed their daughter Luca Malaika.

Toni might be married to her long-time boyfriend, Alex Pettyfer, and living happily in their NYC home now. But, something from Toni’s past puzzled her fans about her sexuality for years.

The suspicion rose after a Tumblr user suspected some rare and intense attachment between Toni and Karlie Kloss, a former Victoria’s Secret Angel.

The possibility of that random Tumblr user’s claims exponentially grew after Toni mentioned Karlie as a “wifey” in a birthday wish post.

Toni wrote, “Happiest Birthday to my wifey from day one @karliekloss💞 I’m so proud of everything you’ve done, built and become. Love you to bits,” putting some few pictures of them together.

However, everything became clear after Karlie got engaged to her long-time boyfriend, Joshua Kushner, in July 2018. A year later, Toni, herself got engaged.

Out of nowhere, everything started to make sense after that. The reason Toni and Karlie are so close is that both of them have been best friends since their modeling days.

Alex Pettyfer stormed the entertainment scene as an aspiring 7-year-old child model. In subsequent years, the...