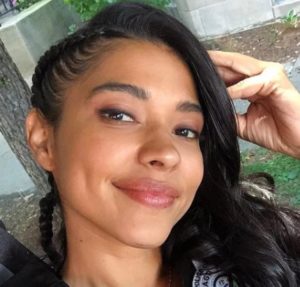 If you are a fan of The CW‘s show Legends of Tomorrow, then you vividly remember that the show ended on a cliffhanger towards the end of Season 5.  The leader of the Legends, Sara Lance, was kidnapped by aliens and it was then the responsibility of the crew on the Waverider to save her. But, they needed a member familiar with space aliens to save Sara.

Get to know about the actress over this Lisseth Chavez wiki. This piece includes her age, ethnicity, net worth, her boyfriend info, and much more about Lisseth.

Lisseth Chavez was born in the year 1989, thus she turned 31 years old in 2020. She celebrates her birthday on the 25th of May every year. Going by her birthday, her zodiac sign is Gemini.

Lisseth Chavez Ethnicity: Is She Mexican?

Since Lisseth’s character Ximena was a Mexican lesbian, many people wonder if Lisseth Chavez is Mexican in real life. Actually, Lisseth’s parents come from El Salvador. Therefore, her ethnicity is Salvadoran-American.

Though Lisseth’s parents come from El Salvador, Lisseth was born and raised in the United States. Thus, her nationality is American.

Lisseth Chavez’s parents are Julio Chavez (father) and Clara Chavez (mother). She has a very good relationship with both of her parents. The actress has even made an appreciation post on her Facebook for both of her parents on the occasion of Father’s Day and Mother’s Day.

Furthermore, Lisseth also has one younger brother as her only sibling. His name is Cesar. Going through Lisseth’s Instagram feed, Cesar completed his undergraduate studies at California State University in 2018.

Lisseth Chavez stands at an average height of 5 feet 6 inches and weighs no more than 54 kilograms. Her distinctive physical features would be her dark brown hair and eyes, fuller lips, thick eyebrows, and dimpled cheeks.

Reportedly, Lisseth Chavez’s net worth is reported to be under $750 thousand.

Coming into the show Legends of Tomorrow, Lisseth was already an established actress. She had gained immense popularity for her role as Vanessa Rojas in Chicago P.D. In September 2020, Lisseth quit the show to join The CW show.

Giving an interview with Entertainment Weekly, Lisseth gushed about how her character Esperanza “Spooner” Cruz is the perfect person to save Sara from peril.

She told, “Spooner is just a tough, fearless, intuitive individual. Her fearless personality, I think, just fits in with all the missions that they go into. She’s a survivor and I feel like she meets them at a really good time.

The American-Salvadoran actress began her career as a model. Her first TV appearance came in 2009 in the reality beauty contest called True Beauty. Her next big show was The Fosters (2017-2018). She played the role of Ximena Sinfuego in The Fosters.

Some of her other acting credits include Southland, Shameless, The Night Shift, Rush Hour, Lucifer, Grey’s Anatomy, The OA, among others.

Coming to her dating life, we know that Lisseth Chavez was in a relationship with actor, screenwriter, and producer Sean McClam circa 2016.

Sean rose to prominence after booking a plethora of national commercials and stage productions. In 2011, Sean received favorable reviews for his award-winning performance in a short film called Change.

Their fans and followers first got to know about their relations in April 2016. In one of Sean’s tweets where he wrote about starting a Twitter account to share his writing and poetry, Lissseth replied by writing, “McclamWroteIt I’m so happy for you! FINALLLY!!!!!!!!”

Then, on June 1, 2016, the two public displayed a love for each other on their social media. In Sean’s tweet where he said, “@Lissethchavez_ I love you Lizzie :),” Lisseth reciprocated the love in the reply section.

Then, again on June 9, 2016, Lisseth wrote, “Reading scripts while my boyfriend edits next to me… Feels great. Ok, back to work :),” on her Twitter handle. Some weeks later, Lisseth revealed that her boyfriend Sean was her favorite writing and his art spoke directly to her soul. 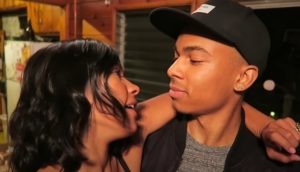 Sean and Lisseth in one of Lisseth’s vlogs circa 2016.

Furthermore, on September 29, 2016, Sean made an appearance in Lisseth’s vlog.

However, it has been a long time since the two have posted anything about each other. While it is obviously clear that Lisseth Chavez has not welcomed Sean McClam as a husband in her life, there are some chances that the adorable duo has already broken up.