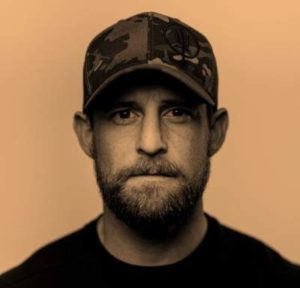 Meet Anthony ‘Staz’ Stazicker from the 2021 season of SAS: Who Dares Wins. Anthony was previously considered one of the recruits performing under the chief instructor and several directing staff (including Melvyn Downes) until he was revealed as the season’s undercover mole.

So, who is Anthony, in the world outside of the SAS?

Keep reading this Anthony ‘Staz’ Stazicker Wiki and find out.

Born on January 17, 1984, Anthony ‘Staz’ Stazicker reached the age of 37 in 2021. Also, the date of birth makes him an unstoppable problem solver and intelligent Capricon.

Anthony was born in Bolton, a huge town in Greater Manchester, which is the historic county of Lancashire, England. Later, at the age of 8, he and his family moved to Nottinghamshire, the very place where he continued his education.

Anthony ‘Staz’ Stazicker, in his defined firm and good shape, stands to a height of lesser than 5′ 9″ that is noticeably the same as his lady love.

Anthony’s identity as the mole was unveiled on social media soon after the first SAS: Who Dares Wins S01E06.

The mole himself opened up to fans that nobody noticed him during filming. Although, several viewers did confess they recognized him straight away.

Following this, on May 12, 2021, Staz, who is represented by Mirador Management, went night camping with former SAS: Who Dares Win‘s mole Jay Morton. He shared memories from the day on Instagram quoting “If you wanna go fast go alone if you wanna go far go together” in the caption.

He kept most of the social media sharings professional, which usually included promotions for his clothing brand. Or, the other time, they are his memories from marathons, ice abseiling (or general abseiling), and hiking.

Anthony is currently (2021) an entrepreneur operating as the co-founder of ThruDark clothing, which is one of the best outerwear brands in the United Kingdom. For instance, they have been best-selling ‘STAZ’S KIT LIST’ that includes the SF Patriot Jacket (£ 595), SF Engage Jacket (£ 375), and a lot more. (Early on in 2021, ThruDark donated £15K to ‘Scotty’s Little Soldiers’.)

Anthony co-founded the business with Louis Tinsley, a combat veteran just like Anthony himself. Last year, Louis made headlines that confirmed his romance with British jockey and former track cyclist Victoria Pendleton.

Growing up, Staz used to be an extremely skilled footballer. At the age of 16, he represented England for the English Schools FA and the British Colleges FA. But, due to injury, he had to let go of his chances in sports. Then, at 21, he passed selection with the Royal Marines. In the process, he was awarded the coveted King’s Badge (Top Recruit) and Physical Training Medal.

Then, of course, he attended the Royal Marines Sniper Course, passed the course with distinction, and eventually, joined Special Boat Service (SBS) in December 2008.

After 10 years, infinite tours, and becoming an elite warrior in the SBS, Anthony left the military as a profoundly experienced, multi-skilled, chief sniper instructor & demolitions expert. He departed in 2018, with13 years of service within the military.

Over his tenure with the Special Forces, he was awarded the Afghanistan campaign medal, Queen’s diamond jubilee medal, and illustrious Conspicuous Gallantry Cross. The latter was presented to him by the Queen herself at St James’s Palace in 2014.

For the net worth, Anthony collected almost an estimated $750K (before May 2021).

Anthony ‘Staz’ Stazicker is not yet married but engaged to his soon-to-be wife Ruby McClafferty (Mac). 27-year-old Ruby shares at least two sons with the reality TV star. Moreover, on Aug. 31, 2020, Anthony announced they were expecting their third child. 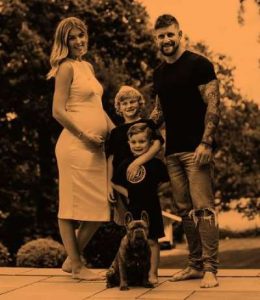 Anthony and his fiancée had another baby on the way! (PIC: Anthony’s IG)

Sharing the rarely seen family portrait, that included Anthony himself, his Ruby, and “two excited brothers and one french bulldog), Anthony also wrote, “The fam is growing fam! 🖤”.

Before Ruby, Anthony was reportedly married once. With his now-former wife of 9 years, he has a son who was around 9 as of 2021.

Every year on Mother’s Day, Anthony makes sure to remind Ruby just how amazing a mother she has been to their kids.

And of course, who wouldn’t remember the time when he wished her the happiest birthday in May 2020.

“Happy 2️⃣7️⃣ Birthday to this very special person @rubymac1. You would have been Mrs Staz next weekend 👰 but I’m happy to wait! You rock my world 🌍 THANK YOU for being you! 🖤”

They were engaged in 2018. At the time, they appeared to be living in Poole, Dorset with the kids.

Ruby, meanwhile, held a private Instagram account where she introduced herself as the “💍Mrs. Staz to be”.

According to our sources, Ruby and Anthony’s wedding was set to take place in Sept 2021.