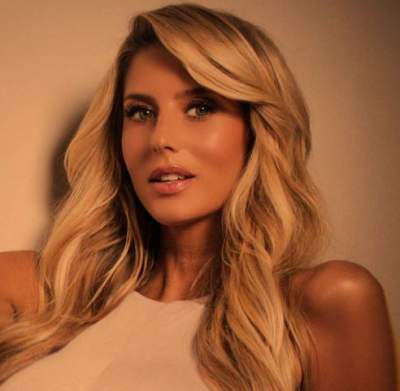 Just in: the May 26, 2021-announcement is that Vanessa Villela and Emma Hernan have officially signed on to Selling Sunset as cast members for season 4 and season 5.

And soon after the expanding news, the show’s fans have been curious about the newcomers.

So, here is this Emma Hernan wiki attempt to introduce the Boston girl currently living in the City of Angels.

December 29th is the day Emma Hernan celebrates her birthday. This makes her Capricorn and because she was born in 1991, she reached the age of 29 in 2020.

Emma Hernan grew up in a food household. Her grandfather, Gerry McAdams, founded Yankee Trader Seafood in 1994. Even after Gerry’s demise in 2013, it remains family-owned, run by Emma’s mother, Stephanie Hernan.

The matriarch studied Accountancy at Northeastern University in Shenyang, China, and went to Cohasset Junior-Senior High before that.

Stephanie is still married to Emma’s dad Thomas (Tom) G. Hernan. Both the folks continued living in Scituate, Massachusetts and both of them originally belonged to Cohasset in Massachusetts.

Emma has three brothers namely Matt, Christopher, and Alex Hernan. Of them all, Alex, who studied at Keene State College, is married and has a young kid with his wife.

The siblings’ father’s side of grandmother Margaret C. Hernan passed away in 2019.

About Emma herself, she attended the University of Rhode Island. She was discovered as a model at the age of 14. This led her to work at Model Club Inc. in Boston before she laded breakout modeling gigs with the likes of Sports Illustrated, Gap, Guess, and Puma.

Emma Hernan in her well-tamed and slim physique stands to a height that is 5’9″. Further, her measurements were listed as 38-23-35 inches. Her hair is a natural blonde and her eyes are brown.

As the filming of the new Selling Sunset began in early May 2021, Emma Hernan was reported to have saved an estimated below $3 million net worth.

It’s been also reported before the realtors from the show don’t actually receive a salary from The Oppenheim Group. Instead, they make money just from the commission, that is, they only receive paycheque if they can sell a house.

Note: In Season 2, Davina Potratz managed to pull in $75 million listings of which she was paid with $2,250,000 in commission. While Heather Rae Young charged (the most) $4K for a sponsored Instagram post after immense popularity she got from the show.

Other than this, Emma is an investor as well as the CEO of her foodie company, Emma-Leigh & Co. producing five lines of vegan frozen-food products. (Emma herself is not a Vegan though!) Her company also acquired deals with the famous Beyond Meat. Only in February 2021, she had shared Emma Leigh & Co. is going to be her main focus as compared to her other ventures. She said the company is doing extremely well, they surpassed their yearly projections in 2020 and were looking forward to 2021 and appearing on QVC.

The dog mom started into the real estate world when she decided to buy her own multimillion-dollar house. Following the event, she began to buy investment properties for herself.

Basically, Emma, who is also aware of the importance of giving back to the community, puts her journey this way. Be it studying in between modeling jobs at age fourteen, practicing hours on end every day for national swim competitions, or learning at the feet of master professional chefs, she has always been driven to make generations of her family proud. Because this is how she was raised.

That been said, Emma has kept her modeling career alive.

Netflix on its teaser for the show introduced Emma Hernan as a self-made multi-millionaire, with big real estate clients and an even bigger heart.

This raises the question of who has she given her heart to?

So far, Emma Hernan appears to have never been married before. There has been no mention of a husband.

Meanwhile, she referred to her dog Benny as her boyfriend over the past few years.

Emma, also with the job title of a professional model, had made headlines in March 2016 when she and her Swimsuit modeling buddy crossed paths with Cody Simpsons in the Californian coastal suburb.

Emma and Ella were there to prepare for a swimwear shoot while the Australian singer was notably enjoying his single life with a group of pals.

Also back in 2014, Emmasat for a chat with acquiringman.com when she discussed relationships, commitment, and attraction. In the process, she was asked, “Which quality you find most attractive in a guy?”. And to this, she had replied,

“The quality I find most attractive in a guy is there naked back! It turns me on like right when they get out of the shower and just have a towel on there waist!! Soo sexy 😉”