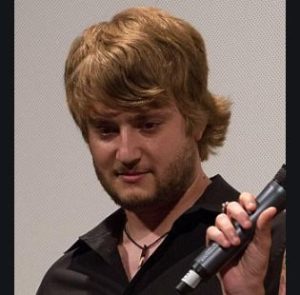 Actor/Drummer Kevin Clark was best known for playing Freddy Jones AKA Spazzy McGee in the 2003 movie School Of Rock. He got in a bike accident that claimed his life after he was taken to the hospital.

Delve into this Kevin Clark details to learn more about his life, career, and romantic relationships.

Kevin Clark Cause Of Death

Kevin Clark was hit by a 20-year old driver who was driving Hyundai Sonata after running the red light as he crossed a street in the Avondale neighborhood. The actor-turned-drummer was riding a bike approaching the intersection in the 2600 block of North Western Avenue around 1:20 AM as reported by police. The report further revealed that he was riding west and crossing Western when the driver hit him.

Around 2 A.M., Kevin took his last breath after he was rushed to the Illinois Masonic Hospital in a very critical condition. The female driver in the Hyundai endured no injury at all and was cited her role for the crash.

Kevin Clark In School Of Rock

Kevin Clark was known for his role as Freddy ‘Spazzy McGee’ Jones in the 2003 movie School Of Rock, starring Jack Black. In the movie, Jack Black played the elementary substitute teacher and formed a band with the students from the band.

The Chicago-native was able to secure the role because of his drumming skillset and his chemistry with the guitarist. He was only 13 at the time with no acting experience.

Speaking about his son’s performance, Allison said—”He just kind of shined.” She further added, “He took it on right away, but he never really acted afterward.”

The movie was written by Mike White and directed by Richard Linklater.

Born on 3 December, Kevin Clark owned Sagittarius as his zodiac sign. He was 32 years old while celebrating his birthday in December of 2020. What’s more, Kevin shared his birthday with metal singer Ozzy Osbourne.

Hailing from Illinois, Chicago, Kevin Clark was one of the three children born to his parents Keith Clark and Allison Clark. Besides the name of his folks, almost no information surfaced regarding his parents. However, after his accident and death, his mother, Allison, spoke to several local and national news agencies giving updates on his son.

According to Allison, just the day before his death, Kevin stayed at his mother’s house. His last words to his mom were, “Mom, Wait. Don’t forget I love you.”

Furthermore, along with his parents, Kevin Clark is survived by his two beloved siblings; his sister Nicole Clark and older brother Cary Clark. They grew up in Highland Park. He was very close to his sisters. So, they immensely grieved for losing their brother.

It was on the social media platforms, Kevin Clark was almost impossible to discover. He should be either on Instagram, Facebook, or Twitter. However, it was impossible to locate him on these platforms.

Conclusively, we don’t have access to his social media platforms links.

For Kevin Clark, money was pooled to build his net worth from his drumming gig rather than acting. He allegedly sat comfortably on a handsome net worth of a little under $150 thousand.

Kevin Clark showed early signs to become a promising musician at the age of 3. The first piece of the instrument he found to make it a drum was pots and pans. He used to spend plenty of time hitting them and enjoying it.

However, his parents only enrolled him in private lessons while he attended fifth grade. According to his mother, he was a “raw talent” but a guy with a “heart of gold.” As already told, his talent as a drummer landed him a role in the movie School Of Rock.

After the School Of Rock, though he attended a few auditions, Kevin absolutely focused himself on playing drums. During his high school year, he participated as an active member of the Highland Park High School’s concert band. He also got himself enrolled as a member of the school’s jazz band.

Kevin had composed many original pieces on his computer and his guitar.

He played with several other bands after that but he was most recently known to play with the band named Jess Bess & The Intentions. The band made its debut at Legendary Wooden Nickel in the Chicago suburb of Highwood.

A music jam session was scheduled at Teddy O’Brien’s in Highwood from 7 p.m. to 10 p.m. to honor him.

Kevin Clark kept his personal affair away from the media attention. He avoided sharing personal details with the public and that included his partner’s details. Furthermore, we don’t have any records of him having any girlfriend.

The possibility remains minimum, that Kevin was ever married. Otherwise, his mother would’ve shared that information too. So, despite him being in several relationships, we don’t hold any information on his romantic life.