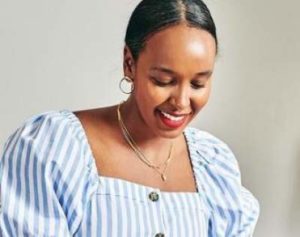 A new cooking show Spice of Life dropped on Food Network on July 8th, 2021. And the Somali home cook and author of In Bibi’s Kitchen, Hawa Hassan was beyond excited to introduce the project to the world as her “very own TV show.”

Learn about her boyfriend, net worth, age, and height in this Hawa Hassan Wiki.

Hawa Hassan On Spice Of Life

On Spice of Life, Hawa Hassan hopes the viewers will follow her along as she learns the stories behind the traditional recipes from around the world. Fronting a cooking show for the first time that too in the renowned Food Network, she will be cooking “up a storm” and sharing precious recipes with the viewers.

Hawa Hassan reached the age of 35 on Jan. 6, 2021. This makes her supposedly an ambitious, determined, and quite a careful Capricorn.

Hawa Hassan stands above 5′ 8″ tall in height. She shared — “I’m tall but I don’t mind being even taller — it makes me feel more confident” — when talking to The Cut about her love of bodysuits, athleisure, and wearing head-to-toe black.

Hawa Hasan was born to a family in Mogadishu, Somalia. During the country’s brutal civil war, she escaped to Kenya along with her mother and four siblings. Then, they lived in a refugee camp for a year before moving to an apartment.

When Hawa was 7, her mom sent her to live with a family friend in Seattle, where she was eventually discovered as a model. She spent most of her youth in South Seattle before moving to New York City.

Hawa was separated from her family for 15 years. Her mom and siblings encountered visa issues and ended up settling in Norway. So as a little girl growing up in Seattle’s South End, thousands of miles away from her family and homeland, Hassan struggled to fit in. She even recalls being the “butt of all jokes” just because she was an African kid.

A basketball star in high school, Hawa graduated high school early, attended Bellevue College, and reunited with her family in the early 2000s.

In the process, Hawa wore a hijab for quite some time and shared there was a “small moment” where she did not want to be Hawa. Instead of asking people to address her by her middle name “Ali” so that it sounded closer to the Americanized, Anglicized name “Allie.”

Meanwhile, Reality Tidbit also mentioned her as the second eldest of ten kids.

Hawa refers to her dad as Abo and mom as mama or Hooyo. Also, she is very fond of her baby sister Warsan who was in her mid-teens at the time of this writing.

Hawa Hassan already was an owner of above $10 million net worth before the world knew about her Spice of Life stint.

Having worked in the modeling industry for fourteen years, she decided to move on as an entrepreneur. And thus inspired by her “Hooyo (mama)”, she created Basbaas, a line of truly Somali and global sauces featuring bold flavors with a sweet and tangy twist. She has been a proud founder and CEO of Basbaas, LLC since Sep. 2014.

Hawa released her first cookbook In Bibi’s Kitchen in Oct. 2020. And the next year, she was working on her second cookbook with beloved co-author Julia Turshen (whom she met in 2017).

So, the book raved reviews from The Washington Post, The New York Times Book Review, Vogue, and the San Francisco Chronicle.

Over years Hawa also featured on the likes of SHAPE Magazine, WSJ, NY Mag, and Kitchn.

For someone who is not the type to spend much time reflecting on her success, Hawa sure has achieved a lot. She made it to the year’s “Create Cultivate 100” list in the FOOD category early in Jan. 2021.

Fluent in English and Somali, Hawa Hassan proclaims, “I live, I laugh, and I love hard!”. And in the journey of a seemingly joyful life, she had a boyfriend named Kwame Apraku. 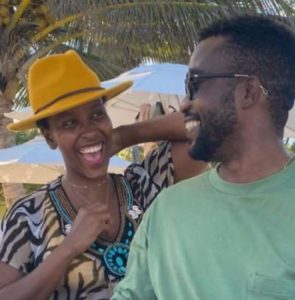 Kwame, also based in New York City, is the founder of the music and creative projects platform The Basemnt. Also, as per LinkedIn, he worked as a Senior Technical Operations Engineer/Developer at SpotX.

Kwame got his bachelor’s degree in Integrative Physiology and a Minor in Environmental Biology University of Colorado at Boulder from 2008 – 2012. In 2015, he received training to become an Oracle Certified Associate Java SE 7 Programmer.

Pictured together since August 2020, Hawa and Kwame appeared loved up on social media. In fact, Hawa terms she and Kwame are “stuck like Gorilla Glue.”

The last time Hawa posted about Kwame on Instagram was June 28, 2021. She wrote, “A year ago today, when @kwame_a decided to change shirts three times! Grateful for love this deep and wide.” And to each of each time she writes something about their relationship, she signs the captions with an “Alhamdulilah” which if you don’t already know is an Arabic phrase meaning “praise be to God”, sometimes translated as “thank God.”