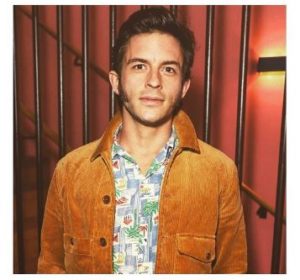 British actor Jonathan Bailey appeared on Netflix’s Bridgerton. However, despite the openness of his professional career, his personal life always intrigued fans owing to his private nature.

So, scroll down as this wiki attempts to unfold details on Jonathan Bailey.

Jonathan Bailey was born to an anonymous mother and his father Stuart Bailey in Wallingford, Oxfordshire, England. While his mother worked as an audiologist, Jonathan’s father worked as a DJ who also worked at Rowse Honey Factory as a managing director.

Coming to his siblings, Jonathan Bailey grew up along with three elder sisters in a village called Benson. Growing up, Jonathan considered his sisters as his heroes and still does.

As Jonathan remarked in an interview, his sisters used to dress him up on Sundays and forcing him to sing Sister Sledge. He cited all three sisters as his biggest inspiration for pursuing a career as an actor.

More From Us: Regé-Jean Page Wife, Height, Net Worth, Parents

How Tall Is Jonathan Bailey?

As booked in IMDB, Jonathan Bailey stands tall at the height of 5 feet 11 inches (1.8 meters). Along with that, his dashing looks are making women falling for him.

What’s more, Jonathan weighed about 78 kilograms (171 lbs) at the time of this writing. He gives off a Hugh Jackman kind of vibe so if any aspiring casting directors reading this wiki, you better consider him hiring in your movie as a new Wolverine.

Starting this section with education, Jonathan Bailey attended Magdalen College School. But his love for acting, as he remarked in an interview, was an accident as a child performer.

Furthermore, Jonathan went to Henley in a dance club. There, he found an individual who wanted him to go audition for a role. He went on to sing a song for a lady from the RSC. And next thing he knows, Jonathan started performing A Christmas Carol, four weeks after. He agreed to act as long as he did school and fit within the summer of the Christmas holidays.

However, transitioning from child actor to adult performer a piece of cake. As he was presented with several choices, one this he learned as an adult actor was you ought to try new things.

Jonathan went on to star in several movies and TV shows which garnered him more exposure to his career. Some of his notable works included Bramwell, Alice Through the Looking Glass, Five Children and It, Walk Away and I Stumble, Permanent Vacation, Off the Hook, Campus, Me and Mrs. Jones, Leonardo, Groove High, Broadchurch, Crashing, Hooten & the Lady, The Mercy, and Bridgerton among several others.

During Jonathan Bailey’s over two-decades-long career, he accumulated impressive earnings that contributed towards his net worth. He allegedly sits on a total fortune of $2.5 million.

His Role On Bridgerton

In Netflix’s show Bridgerton, Jonathan Bailey portrayed the role of Anthony Bridgerton. The show is narrated by Julie Andrews who voices the Lady of Whistledown.

In the show, the Bridgerton family has three members. Ruth Gemmell plays Lady Violet Bridgerton who is the widowed-mother of Jonathan’s character Anthony Bridgerton along with other children.

Whereas, Jonathan plays the eldest child of the family in the show. In the show, he has seven siblings.

Jonathan Bailey stared in Certain Young Men (1999). The show revolved around the gay characters including Jonathan playing one of them. So, it was obvious of people assuming him as one. He also performed as gay in broadway shows.

In 2006, Jonathan went on to portray Jamie who was one of the two gay characters in the 2006 stage adaptation of Beautiful Thing.

Outside of TV shows and films, Jonathan is a supporter of gay rights. He spoke about humanizing the gay community. Thus, many assumed him to be a closeted gay.

Jonathan Bailey, with his killer appearance, can land any Hollywood hotties out there. But he remained single until he introduced his fans to a mystery partner (a female) in 2019.

Jonathan broke the streak about not making headlines because of his dating life with the introduction of the beautiful stranger. He and his rumored girlfriend were spotted on several occasions during a tennis game in 2017 and on a farm.

But as of December 2020, Jonathan Bailey wasn’t married. He didn’t have a wife, let alone a romantic partner.

One Reply to “Jonathan Bailey Partner, Dating, Married, Net Worth”