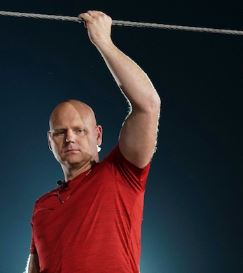 On 4th March 2020, Nik Wallenda created history by walking a tightrope across the pocket of The Masaya Volcano in Nicaragua.

It took Nik around 31 minutes to 1800 walk across the active crater dubbed as “The Mouth of Hell.”

One of eight volcanoes with its active Lava lake, The Masaya Volcano spews toxic gases. For protection, Nik wore a respirator and googles which he abandoned halfway through the walk.

For the said Volcano Walk, Nik Wallenda sported a safety harness. In part because the stunt was being broadcast by ABC for its special “Volcano Live!”

A total of 17 cameras and 4 drones were used to capture the monumental feat.

Speaking after the near-death Volcano Walk, Nik expressed relief. According to him, the unpredictable wind made the crossing challenging. However, he didn’t reveal where and when the next walk would be.

Because of his decision to wear the harness, Nik drew criticism from a specific corner of the internet. Disgruntled fans accused the daredevil of cheating death and circumventing risks.

The displeasure expressed was inevitable. Before the Volcano Walk, Nir had walked across Niagara Falls and crossed 2 towers in Chicago without any harness.

Back in 2014, Nik finished a rope walk which took him about half kilometer over the Little Colorado River Gorge.

Net Worth, House, Earnings Per Walk

The risks of performing such dare devilish stunts extended beyond his safety. According to Heavy.com, Nik carried a whopping $20 million public liability policy.

Placing his life on the line, Nik reportedly accumulated $4 million net worth by the year 2020. The amount, however, didn’t earn an official confirmation.

Based in Sarasota, Florida, Nik bought a 15-acre estate with a high-wire in the yard. ABC7 WWSB in its 2019 report described the Wallenda house as “the home of his dreams.”

Nik’s newfound fame and financial gain bred envy among the some Flying Wallendas members. In his words,

“Ask any successful person that, and that’s your answer. I have been blessed with a platform beyond my wildest dreams. Never has there been a circus performer with TV specials, so I’m blessed, but with that I lost a lot of people, including people who I thought would be my closest friends for the rest of my life… ”

Nik Wallenda came from humble beginnings. Before gaining international notoriety because of the stunts, he and wife Erendira Wallenda together with their three kids lived in an RV.

At the age of 20, Nik became a married man. Six years on, he and wife Erendira were co-parenting three kids: Evita Wallenda, Yanni Wallenda, and Amadaos Wallenda.

When Nik and Erendira had their first child, the former was living with his parents and held a job at a restaurant. 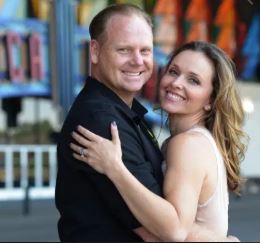 A stunt performer like him, Nik’s other half Erendira hit the history books as the world record holder for the highest suspension over water.

Childhood friends turned lovers, Nik and Erendira began performing together long before they tied the knot.

Nik Wallenda was born as the 7th generation in the notorious Great Wallendas family of circus performers and daredevils.

Nik was born a year after Karl’s death in 1978 from falling.

Like his wife, Nik was accompanied by sister Lijana Wallenda when he performed some of his biggest stunts.

In 2017, Lijana was severely injured alongside four others while attempting a 40-foot high-wire. Two years later, she and Nik duo reunited and successfully crossed Times Squares on a tightrope.