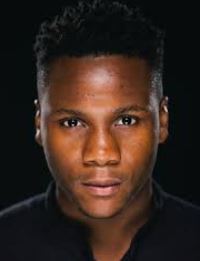 Of all the young black actors in Hollywood, the ones from England are the ones who are making it big, with getting Out‘s Daniel Kaluuya, 12 Years a Slave‘s Chiwetel Ejiofor, The IT Crowd‘s Richard Ayoade, Idris Alba, who is in almost everything these days, and of course the topic of this article, Tobi Bakare.

Read below to get more wikis about Tobi Bakare, including his net worth, age, his wife’s, kids’ and parents’ information, and more.

From what little is known about Tobi, he was born in 1989, which made him complete his thirty years of age in 2019.

Tobi was born in London, England to Nigerian immigrant parents. His mother used to work as the accountant for Nigerian actress and businesswoman, Lizy Anjorin.

Tobi studied at Hertfordshire University and gained in degree in Bachelor of Science. Furthermore, he did his acting training in Identity Drama School.

Although initially, Tobi wanted to become a professional football player, he eventually decided to pursue a career in acting. His first role was in BBC‘s TV Show Holby City for a single episode.

He landed the first long term goal as a recurring character in another of BBC‘s TV shows, Silent Witness. After that, he appeared in several TV shows like The Bill, Dani’s House, Casualty, The Shadow Line, and many others.

However, Tobi’s most significant performance was in BBC‘s crime drama series Death in Paradise, in which he played the major role of officer JP Hooper from the show’s fourth season in 2014.

Coming to Tobi Bakare’s personal life, he had a whirlwind of romance before settling in a stable married life. He met his wife, Prisca, a little before shooting the fourth season of Death in Paradise (2014). And, by the time he was shooting for it, his soon-to-be-wife was planning their wedding. 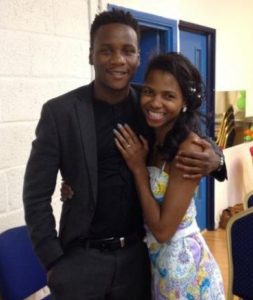 Tobi Bakare and his wife Prisca Bakare soon after they got engaged circa 2014 (PIC: Prisca’s Twitter)

The couple went on to have two kids and live a happy married life together.

After Netflix premiered its sports mini-series The English Game, people started turning heads at the lead...

In the age of the internet where we trust the technologies with our belongings more than ourselves and people...