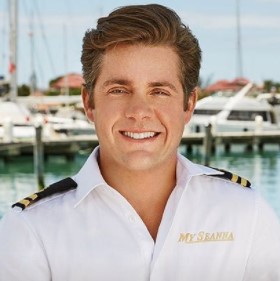 Below Deck finally returned for its eighth season on November 2, 2020, after more than a six-month hiatus from its seventh season. This season brought a lot of surprises to the fans. Kate Chastain, the chief stewardess, left the show after six successful seasons whereas Eddie Lucas rejoined the show after missing four seasons.

Eddie, who left the show on a low note as he received heavy criticism from fans for cheating on his girlfriend with his fellow castmate Rocky Dakota, planned to redeem himself in this installment of Below Deck.

This article will cover the biography of Eddie. From his general wikis to net worth and dating status–learn everything about Eddie in this wiki-style.

How Old Is Eddie Lucas?

Though his birth date is not officially mentioned on the Internet, some reports suggest that Eddie was born in 1985. Going by his reported birth year, Eddie Lucas was 35 years old as of this writing.

It is still not known when does Eddie celebrates his birthday. In the absence of Eddie’s exact birth date, his zodiac sign could not be figured out.

Eddie grew up a native to the Chesapeake Bay, Maryland. As a child, he spent countless days sailing, fishing, and cruising with his parents and grandparents.

Eddie Lucas maintains a cordial relationship with his parents, especially his dad. He has posted a picture of his dad a couple of times on his Instagram handle. Also, Eddie is said to resemble his dad to a greater extent. 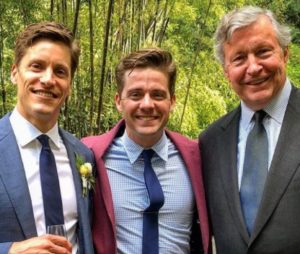 Eddie with his dad and brother, Adam.

Eddie also has a brother, Adam, as his only sibling. Adam got married to his wife in 2019.

How Tall Is Eddie Lucas?

To talk about his physical attributes, Eddie Lucas stands tall at a height of 5 feet 7 inches. Furthermore, he weighs around 75 kilograms.

Eddie has a huge social media reach for a reality TV star. As of November 2020, he is only available on Instagram. He boasts a massive following of 90.2 thousand on his Instagram handle @eddielucas.

Eddie also used to run a Facebook page in the past. But, it seems like he has already deleted the page.

Eddie joined the show Below Deck in its first season as a deckhand. A degree holder of adventure education from Green Mountain College, Eddie charmed the crew with his raw humor and cheerful spirit.

When Eddie returned to the third season of Below Deck as Bosun, he had a girlfriend named Amy back home. But, as time passed in the show, Eddie developed a liking toward the 3rd stewardess, Racquel “Rocky” Dakota, and hooked up with her for almost the entirety of the season.

Since Rocky was not aware of Eddie’s girlfriend, when she finally knew it, they had a massive fight toward the end of the season. Below Deck, viewers slammed Eddie for cheating on Amy with Rocky.

While it was unexpected for Eddie to return to the show after the drama in Season 3, Eddie will try to earn his lost reputation in this season. Talking with Vulture, Eddie talked about being much serious and professional in his job this time around.

Since he left the show after screwing up in the third season, Eddie has achieved a 1600-ton license. He joined Moran Towing Corporation in Baltimore, Maryland Area as Deckhand. In March 2017, Eddie was promoted to the position of First Mate and has been working ever since.

From his career as a reality TV star and First Mate at Moran Towing Corporation, Eddie Lucas has made a huge net worth of $850 thousand.

Is Eddie Lucas Single Or With A Girlfriend?

Ever since Eddie Lucas left the show on a low note, people have been wondering if he was still seeing Rocky.

While the entire cast reunited on Watch What Happens Live in January 2020 to celebrate Below Deck‘s 100th episode, Eddie cleared all the confusion in his fans answering a question from his fan.

When his fan asked if was still hooking up with Rocky after a crazy fight, in the end, Eddie revealed that they had broken up a few months after the show ended. Eddie then added:

“No, we worked on it for a while. It ended worse than ever.”

After Eddie’s girlfriend, Amy, became aware of Eddie hooking up with his castmate in the show, she left him.

If Instagram is anything to go by, Eddie looked single. As of 2020, he had not posted a picture with anyone for a long time that could be his girlfriend.