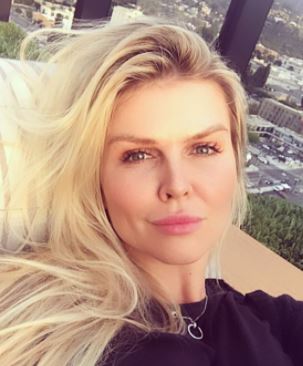 Elena Samodanova and her husband, Gleb Savchenko announced they were splitting on Nov 6, 2020. The duo seemed like a perfect match as they were tied not only by “love” but by their “profession” as well. But unfortunately, time has yet again proven that nothing lasts forever.

Both Elena and Gleb are the Dancing With the Stars pros. And while Elena might not be as popular as Gleb, she flaunts achievements of her own.

Here is everything you need to know about her over this wiki-style article.

Corresponding to her birthday, Elena is of Libra zodiac.

Raised in hometown Moscow, Russia, Elena Samodanova comes from a family of performing arts. Both her father and mother, Irina Samodanova were known dancers.

If you want to learn more about her mother and watch her dancing videos, find her over Instagram @IrinaSamodanova.

Influenced by her parents, Elena studied drama and theatre at Moscow Theatre Arts University. Then she traveled to several countries and refined her dancing skills.

Talking about her ethnic background, Elena is Russian all the way.

Trivia: Elena’s driver’s license is registered in Australia, Russia, Hong Kong, and the US.

The charming lady, Elena Samodanova stands tall at a height of 5 feet 6¼ inches (168 cm) and weighs under 54 kgs.

Elena Samodanova’s net worth was around $1.5 million in 2020. Her career as a dancer/choreographer/producer seemed to have paid her well.

She co-owned a Los Angeles-based dance studio called Pro Dance LA with her husband Gleb. There, Elena was the head instructor and primarily provided ballroom and Latin dance lessons to people of all ages.

As a choreographer, Elena worked with Dancing With The Stars – Russia, So You Think You Can Dance – Australia, One More Dance – London, and Ballroom Superstars – Sydney. Also, she was a creative assistant for U.K.’s Strictly Come Dancing and Dancing With the Stars – Bollywood.

Furthermore, Elena also got an opportunity to be the judge of Dancing With The Stars – Russia in 2015.

Throughout her career, Elena received several honors including a Top 10 World Ranking in Latin American dancing. Her international championship titles also include being the Australia Professional, Asian, Japanese, Singaporean, and England Champion.

Apart from dancing, Elena also tired her hand at acting. She once appeared as a backpacker in Dong Feng Po (2010).

Elena Samodanova and Gleb Savchenko were held their wedding back on July 12, 2006. Unfortunately, the duo was planning their divorce after 14 years of marriage in Nov 2020. It was just four months before this, Gleb took to his Instagram to boast their milestone. He wrote,

“Two souls but with a single thought, Two hearts that beat as one, Happy 14th Anniversary my love.”

The couple share two kids named Zlata and Olivia who were 3 and 10 years old in 2020 respectively. They intended to “co-parent their wonderful children together and strive to continue to be the best parents” that they can after the divorce.

In light of why Elena and Gleb were divorcing, it seemed that Gleb cheated on Elena. On Nov 7, 2020, Elena took it to Instagram with a picture that wrote,

“I don’t hate you, I’m just disappointed you turned into everything you said you’d never be.”

As fans were curious who did Gleb cheat Elena on with, they came up with a named Chrishell Stause. But Chrishell denied the allegation and said Gleb and she had a “strong supportive friendship, but nothing more.”

Who Is Elena Samodanova Boyfriend?

In 2020, after her split with Gleb, Elena Samodanova wasn’t dating anyone.

We can say that she was healing from the breakup and don’t think that she would be taking a boyfriend anytime soon. Fans were supportive of her and asked her to be “brave” during the storm.

“Damn…I’m so sorry. Stay strong. Sometimes People stop appreciating each after becoming so used to them…”

“I’m so sorry this happened to you.. stay strong for your kids! Better days are coming love!”