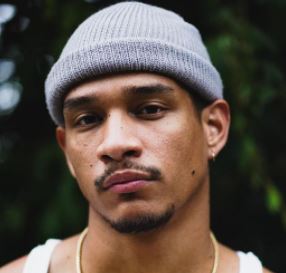 On August 26, 2021, Darius Jackson made a perfect plan to kill two birds with one stone. He took it to his IG to reveal that KeKe Palmer is his girlfriend to the world, and at the same time wished her a happy birthday.

“You’ve been a blessing from above & I thank you for showing me a lot of feelings I didn’t know I had in me,” Darius wrote. To which, KeKe responded, “ (2X puppy eyes emoji) I love u thank you.”

Keep reading this Darius Jackson Wiki to find out more about him.

Corresponding to his birthday, Darius is of the Aquarius zodiac.

Reportedly, Darius Jackson holds Afro-Panamanian roots. His parents Romel Jackson and Yhinyer T Hubbard-Jackson hail from Philadelphia and Panama, respectively. But even though he is half African-American and half Panamanian, Darius is more accepted by the black community. “The Mexican kids weren’t as accepting,” he said.

As for Darius’s siblings, he has two brothers named Marques A. Jackson and Sarunas J. Jackson. Little info on them:

Overall, the Jackson siblings were very close to each other. They even had an “I’m just a kid” TikTok challenge picture uploaded over Darius’s IG. The picture collage captured the three siblings and their dad 22 years apart.

Also, aside from basketball, the Jackson family loved baseball and often made it to different ball games.

Trivia: Darius claimed that “the success” of his friend and family was his biggest inspiration. “It motivates me to be successful when others are accomplishing their goals,” Darius added.

The “tall gene” runs in the Jackson family. Though not as tall as Sarunas (who is 6 feet 8 inches), Darius Jackson measures tall at a height of above 6 feet 4 inches (193 cm).

Mentioning his distinct features, Darius has brown eyes, dark hair, and a mole on his left cheek. What’s more, Darius has tatted his chest, side abdomens, and neck.

His Twitter bio read, “this raw cold life is a beautiful thing..”

Darius Jackson was involved with 2 companies as of 2021. He worked as a show host for Bleav Podcast Network in LA, and as a production supervisor for Inspire Fitness US in Yorba Linda.

Before that, Darius has ventured into jobs such as promotions assistant, service representative, color analyst, and reporter for multiple reputed companies like iHeartMedia, 23 Hour Fitness, Anaheim Ducks, and Lawndale City TV.

Circa 2017, Darius also worked on-air shifts that included preparing for the show, announcing music, and discussing the latest topics in entertainment for KBCH internet radio.

When he wasn’t working, Darius liked to “catch up on sleep”, hanging out with friends, family and going to the movies.

Fun Fact: According to Darius, he was once falsely accused of stealing beer at the DoubleTree hotel in Dana Point. He and his friends were then kicked out of there without evidence.

Darius Jackson flaunted a net worth of under $300 thousand by 2021. Likewise, KeKe Palmer then flaunted a stunning $7.5 million net worth.

Just in case you are interested, an average salary of a production supervisor was around $68 thousand per annum in California.

In light of Darius’s education, he attended Fresno State University where he played football for the college team. Later, in 2017, Darius then joined a 30-week intensive training course at The Academy of Radio and TV Broadcasting.

KeKe Palmer And Darius Jackson: Dating, How Did They Meet?

KeKe Palmer met Darius Jackson for the first time at Diddy and Issa Rae’s start-studded Memorial Day Party in May 2021. This was just a month after KeKe was last seen with her ex-bae Styn.

Soon, the two started seeing each other, and it wasn’t until August 26 (on KeKe’s 28th birthday), Darius first made their relationship public. 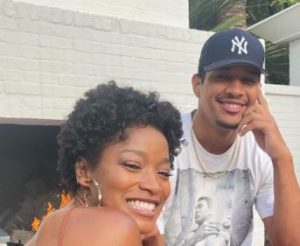