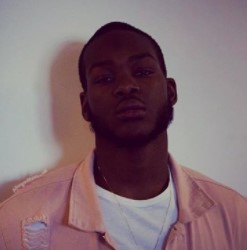 Despite many allegations surrounding that OTT platforms like Netflix are slowly killing movie theaters, one fact no one can deny is that it is because of these streaming services people from all around the world get to hear the stories of marginalized communities, which otherwise would have been difficult.

Netflix’s latest addition to its library, Deaf U, is a docuseries which follows deaf and hard of hearing students of Gallaudet University as they navigate through school studies, romantic relationships, and friendship.

Daequan Taylor is one of the unique casts in the show as he was not a born-deaf. This article will explore the life of Daequan. From Daequan’s general wikis to net worth and girlfriend information–this wiki-style laid article covers everything you wanted to know about Daequan.

Even though Daequan Taylor’s exact birth date is not available on the Internet yet, it is reported that he was born in 1997, which made his age 23 as of October 2020.

In the absence of his birth details, it’s tough to find out his zodiac sign.

Daequan had a very tough childhood. Born in his hometown, Hampton, Virginia, he lost his sense of hearing at an age of six. Reportedly in 2003, Daequan fell ill and had a seizure. A bone in his ear broke up and when it healed, the broken bone covered his eardrum, thus making him lose his sense of hearing.

Since Daequan had already learned how to talk when he turned deaf, he kept talking like a normal person and did not use sign language, which made it difficult for Daequan to suddenly talk in American Sign Language when he arrived in Gallaudet. Moreover, it took two years for Daequan to learn ASL properly.

On top of the grief of losing the sense of sound, Daequan Taylor lost his mother when he was 14. For countless nights, Daequan had to crash on his friends’ couches.

Even in Deaf U, it is shown how badly Daequan missed his family growing up. In the show, when Daequan went with Rodney to his house for dinner, Daequan felt how Rodney’s family is supportive of him, and wished if his family would stand for him.

Daequan has a very athletic build, thanks to hours of football practices in the field. He played as a defense while he was in high school and continued that in his university days. Also, he ran track while he was in Gallaudet.

Daequan Taylor stands tall at a height of 5 feet 11 inches and weighs 88 kilograms. His distinct features are unavailable at the moment.

For a person who has starred only on one TV show, Daequan has a huge social media reach. He is available on Instagram and Facebook as of October 2020 which may come as a bit of disappointment for Twitter users.

For high school, Daequan went to Kecoughtan High School. For undergraduate, Daequan studied at Gallaudet University. He graduated from there with a degree in Health and Physical Education.

The production of Netflix’s show, Deaf U, started when Daequan had just begun his senior and continued until the end of his senior year. When the production of the show started, Daequan was super busy doing little jobs around the campus for money, one of which was working as a crew member in Trader Joe’s from June 2019 to December 2019.

Daequen is proud of the story he brings to the show. Daequen expressed what he feels about being part of the show.

“I get to bring in a new Deaf culture. I’m sticking up for, you know, a new generation and a different history and culture and a new generation, new ethnic group,” he said in one of his interviews.

Daequan Taylor’s net worth is not available on the Internet since Netflix has not released the salary of the cast of Deaf U.

Much like his early life, Daequan’s love life has not gone the way he wants it to go. Daequan dated his first girlfriend, Alexa, for some time while he was in Gallaudet.

Daequan even got Alexa pregnant. However, she opted to abort the baby later. The situation got a little rough between Alexa and Daequen which resulted in a break-up.

The show also followed Daequand and his chemistry with Raelynn. The pair went on a date to the Lincoln Memorial, ate pizza, and even had a kiss.

However, in episode 7 of the show, it was revealed that Raelynn was moving to New York for her grad studies. Consequently, the pair broke up since Raelynn wanted to focus on her studies.

Cheyenna Clearbrook is a deaf Youtube star and part of Netflix’s Deaf U. Cheyenne gained popularity for...

The Netflix docuseries Deaf U released on 9th October in 2020, saw a group of deaf and hard of hearing...