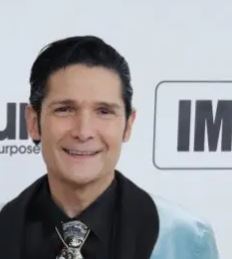 Corey Feldman shot to stardom as a child actor — starring in classic movies like “The Goonies” and “Stand By Me.”

A 2020 documentary titled “(My) Truth: The Rape of Two Coreys”  highlighted Corey’s experience as a young actor in Hollywood. More importantly, it explored the abuse he suffered.

The article below examines Corey’s romantic endavours — both successful and unsuccessful ones.

On 6th August 1989, Corey Feldman married his first wife Vanessa Marcil. They tied the knot in a secret wedding ceremony in Las Vegas.

Reports suggested that Corey and Vanessa moved in together before the wedding. Conflicting stories claimed the duo were already sharing a residence when the nuptials arrived.

Corey kept his marriage to Vanessa a secret for a long time. They finally divorced in 1993.

For his part, Corey shared the “I Dos” with Susie Sprague in the early-2000s. He had popped the big question to Susie on 2002 Valentine’s Day.

Corey reportedly met Susie on her 19th birthday. They would star alongside each other and Corey Hiam in the reality series “Two Coreys.”

After less than a decade together, Corey and second wife Susie separated. In 2014, the duo’s divorce got finalized.

In 2016, Corey married his third wife Courtney Anne Mitchell. Before tying the knot, they experienced blissful dating for four years.

Corey’s proposal to Courtney was spontaneous. Out of fear that Courtney — his girlfriend, at the time — might get deported due to Donald Trump election as POTUS, he chose to marry again. 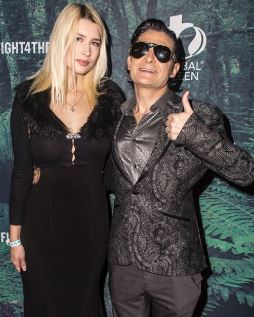 Corey Feldman’s marriage to Vanessa Marcil didn’t bear any children. The latter would go on to have a child named Kassius.

In 2004, Corey entered fatherhood after Susie Sprague gave birth to a son. The duo named their baby Zen Scott Feldman.

As of March 2020, Corey and Courtney Anne Mitchell were yet to bless the fans with baby news. Neither had publicly spoken about their desires to conceived kids in the future.

Away from his marriages and onto his dating history, Corey Feldman once shared romantic ties with Drew Barrymore.

18-year-old Corey and 14-year-old Drew dated for few months only in 1989. Together, they co-starred in an episode of “CBS Schoolbreak Special.“ As a couple, the teenagers walked the Oscars red carpet together.

In his memoir, Corey admitted to lying to Drew about being sober when they were an item. At the time, he was heavy into drugs.

Between 1999 and 2001, Corey was in a relationship with actress Shannon Malone. Nine years after the split, the couple starred in the film “Seance.”

Other notable girlfriends of Corey are actresses Heather Graham and Alyssa Milano.

Sometimes one bright light is so overwhelming that it outshines all other lights around it. That may not...