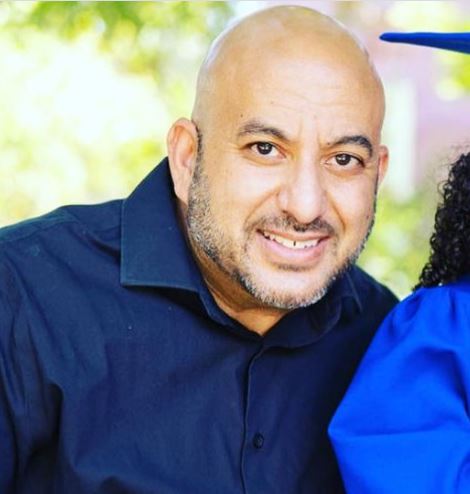 Colin Dias is best known as the husband of Lia Dias from Married To Medicine: Los Angeles star. They had a beautiful family and a successful career, but the marriage ended in divorce after Lia realized that she couldn’t pursue professional life.

Scroll down this Colin Dias Wiki to learn more about Lia Dias Husband.

Lia Dias and Colin Dias met with each other for the first time when she was on a blind date with someone else. The couple reportedly were one and off throughout their relationship of nearly six years. However, they married on 24 May 2014.

Trivia: Colin and Lia got married secretly in 2013 in Las Vegas, Memorial Day is their public wedding date. 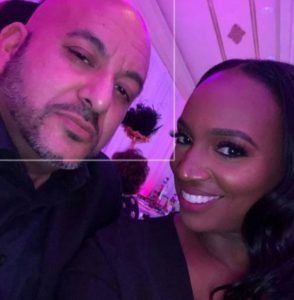 Kayla Nichole, born on 14 June 2004, is Lia and Colin’s eldest daughter that Lia had from her previous relationship. After the marriage, Lia and Colin welcomed their daughter Kaylin Rose on 30 September 2015. After that, Colin Jr. was born on 2 November 2016.

After together for almost 8 years, the speculation of Lia Dias and Colin’s separation started to get attention. Speaking of separation – it happened to be a bitter one. Lia shared information regarding her marriage with YouTube blogger Tasha K.

Apparently. the marriage began to fall apart when she refused to become a stay-home-mom for the children. As an entrepreneur, Lia held her career for a few years to raise the two of the youngest kids, but she came to the realization that she could never become a stay-at-home mother, she wasn’t cut out for it.

Since Colin came from conservative family background, her becoming a ‘breadwinner’ wasn’t easily digestible. While Colin publicly accepted his wife’s career, he always resented her for that and it grew over the years.

Then surfaced the stories of domestic violence. However, only on 6 September 2021, Lia confirmed the physical abuse. She avoided giving away details because of the legal battle but a particular incident led her to leave the family home.

Lia explained that Colin didn’t want her to leave with Kaylin and Colin Jr. So she left with her older daughter, Kayla, and moved into one of her rental properties.

Lia made it clear that she had no intention of fixing their marriage and would agree on co-parenting. She opted to establish boundaries regarding their separation. In response, Colin filed for divorce on 17 August 2021, her birthday.

A day after the divorce paper was filed, Lia expected Colin to drop the youngest kids off at Lia’s. However, she said he became a “ghost” with no means to contact him. She feared the situation and possible scenario, and this led to her getting a restraining order after revealing the abuse.

Surprisingly, the court document stated Colin stated his soon-to-be-ex-wife punched him in his gut after he had surgery. Lia admitted punching him but in self-defense.

As of Sept 2021, Colin Dias was 48 years old. He celebrates his birthday every year on 27 November. In 2019, Colin received birthday wishes from his wife. She wrote, “Happy Birthday Colin! This is going to be your best year thus far. I love you… we love you 💕”

Colin Dias is of mixed ethnicity. His father is of Indian and Portuguese heritage whereas his mother is Egyptian. Colin’s parents brought him up as Catholic. As a private individual, he shared almost no personal information related to his parents and possible siblings.

However, we’ve discovered that so some of his family members include Arlette Dias, Anthony Theodore Crespo, and Chantelle Rose Crespo.

Colin Dias, who stands shorter than his wife, has a height of 5 feet 6 inches or 1.67 meters. In February 2018, Colin took work-off because of the pain he had. Both, he and Lia took a trip to his doctor, then he was immediately sent to ER.

Then his surgeon stated that he needed to go through surgery immediately because of the life-threatening condition. Colin underwent the surgery, everything went well, came out with good health condition.

Colin Dias is only discoverable on Facebook as of 2021. He kept a few sections of his Facebook as private so, the number of friends that he has along with the posts, obscure. He posted a snap of the beach on his Facebook on 11 August, the last post that came from his social media.

Dr. Colin Dias gathered an accumulated net worth of $4 million by 2021.

Colin Dias attended Bishop Amat High School in 1986. He graduated high school in 1990. Immediately after, he joined California State University, Fullerton, to earn his B.A. and B.S. degree in Biological Science and Biochemistry. He graduated from the university with a bachelor’s degree in 1995.

From 1996 to 2002, Colin joined Howard University College of Medicine. He earned his M.D. in Medicine. Colin landed an internship program at Keck School of Medicine of the University of Southern California. From 2002-2007, he ended up completing his residency and fellowship, and while focusing on Adult and Child & Adolescent Psychiatry 2007.

Speaking on his career, Colin Dias joined the USC Department of Psychiatry and Behavioral Sciences as associate chair for clinical affairs in July 2009. He worked in the department for a little over 3 years.

After that, Colin started serving as interim chief, Division of Child and Adolescent Psychiatry from 2013-2014 at USC Keck School of Medicine. He started as a clinical assistant professor of psychiatry where he served in that position for 10 years.

He became a medical doctor for Psychiatric Emergency Services from 2008-2015. From 2009-2017, Colin worked as chief of the department of psychiatry.

Colin has also served as Chair, Department of Psychiatry for PACIFICA HOSPITAL OF THE VALLEY. He founded CPD, Collaborative, Inc. and served as a CEO and President. He has been working at Huntington Hospital as a staff psychiatrist.

Colin Dias has an accumulated experience of more than 20 years.

Has Colin Dias Appeared On Married To Medicine?

No, Colin Dias never appeared on Married To Medicine and his wife Lia Dias had a reason for it.

On 7 July 2020, Lia Dias went on Twitter to make an announcement. She started the tweet with “My husband exists!” this could mean he never appeared on Married To Medicine: Los Angeles so the fan must’ve been eager to know if she had a husband.

Then Lia mentioned that her husband couldn’t film the show because of contractual issues. She added more that every one of the show had met him, had drinks with him, partied with him, and been to their home. It became an official introduction of her husband to the fans of the show. 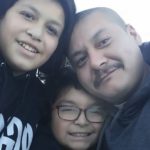