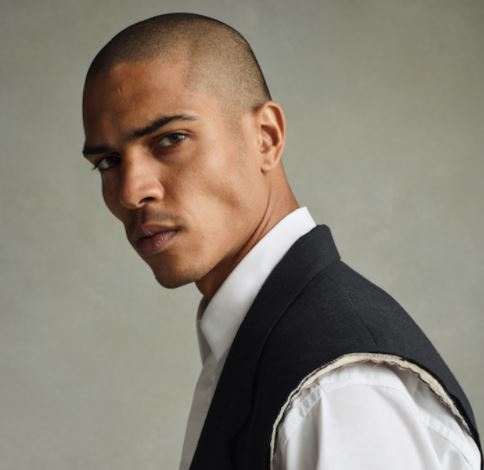 Sports Illustrated swimsuit model Danielle Herrington welcomed her baby boy with her boyfriend Geron McKinley in 2021. Like Danielle, Geron is also a model from California who modeled for big brands in the fashion industry.

Delve into this Geron McKinely Bio to learn about his parents, age, and his relationship with his baby mama.

Geron McKinley and his Sports Illustrated model girlfriend, Danielle Herrington welcomed a baby boy in September 2021 through her Instagram story. Danielle and her baby appeared together on a mirror selfie and she wrote, “It’s already been 2 weeks with my boy.”

Danielle had previously revealed that she learned about her pregnancy four days after wrapping her photoshoot for the 2021 SI Swim issue back in January 2021. After she found out, Danielle ran seven at-home pregnancy tests out of disbelief and to be certain.

At first, Geron’s baby mother, Danielle was terrified and shocked about it. She gave the heads up about the pregnancy through an Instagram post on 1 June by flaunting her baby bump at the beach.

In an interview with SI Swimsuit, Danielle revealed that Geron was the most supportive throughout her pregnancy. She even shared about feeling lucky to have Geron by her side.

Besides that, not many pieces of information have been shared regarding their relationship.

According to his model profile, Geron Mckinley was born on 27 November. However, his Facebook says that he was born on 12 October. Either way, he turned 27 years old in 2020.

Geron McKinley was born to his parents Gerald McKinley and Lori McKinley in Compton, United. States. While interviewing with At Large magazine, Geron stated that he grew up with his Mexican mother’s heart that inspired him to do philanthropic works.

To Geron, his mother was a hero and her work ethic was the second thing that inspired him in his life. His mother, Lori worked two jobs to support her family and she has been working as long as Geron could remember.

Geron grew up in a supportive household. However, his parents once had doubts about their son pursuing a career in modeling. His mom wanted him to do something else that could earn him a living as it took a very long time for him to land notable gigs.

Once, Geron started landing modeling gigs that paid a handsome sum of money, both his father and his mother started believing in him and his career as a model.

Geron and his possible siblings are of Mexican-African-American ethnicity.

Geron McKinley started his modeling career in 2010. He had planned to get enlisted in the military initially, but, when an agent approached him, he convinced Geron that he would make more money as a model.

After giving long and hard thought to it, Geron considered and started his career in modeling. At first, he got signed to a “make-believe” modeling agency. Later, a photographer named Tyler Adams introduced him to Click Management. Thus, he started making names in the modeling industry.

According to Storm Management, Geron McKinley measured the height of 6 feet 3 inches (1.91 meters). Speaking of his distinct features – he has hazel-colored eyes with 38 inches chest and 30 inches waist and 10.5 is the perfect shoe size for him.

On Facebook, Geron McKinley gathered 1.3k friends. He hasn’t updated his account since March 2017. On his IG (@geronmckinley), the platform earned him 31.5k followers with only 1 post. Similarly, the model is also available on Twitter (@Geron4President) with 9 followers and only 22 tweets in total.

LA-based model Geron McKinley sits on a total net worth of nearly $2 million.

Speaking on his career, Geron started his modeling career with brands such as Gap and came a long way to walking the runway for several brands such as Givenchy, and appearing in campaigns of Versace, Fenty, Fear of God, Balmain, Philipp Plein, Todd Snyder, Hugo Boss, Bottega Veneta, Hermes, and Tommy Hilfiger.

Geron has also been featured in Vogue Italia and Numero Homme.

In the meantime, the Compton-based model has a higher purpose than just money and fame. Geron also runs a non-profit organization called CONCREET or CNCRT Inc. The non-profit works to help the disadvantaged youth in Los Angeles by creating scholarships for sports, arts, music, and entrepreneurship programs.

CONCREET also collaborated with fashion brand Forever 21. CONCREET focused on designing clothes, which it does in partnership with local talent, who sometimes offer their services on a voluntary basis.

Geron is also associated with another non-profit named Grand Institute of Mastery (G.I.M).

In Reddit, a thread was created where they discussed him as Rhysand from upcoming HULU’s adaptation of A Court of Thorns and Roses. In May 2021, Geron worked as a model on the song of Come Through by H.E.R. featuring Chris Brown.

Talking about his education, Geron attended Centennial High School followed by King/Drew Medical Magnet High. While in high school he played baseball in his junior year and graduated in 2012.

Geron McKinely and Skye Townsend met each other in 2012. According to a Reddit thread, Geron was a love interest in Skye’s video “normal.” After that, they started dating each other and were inseparable.

Their fans were definitely rooting for the two to end up together.

Another user @itskindabreezii wrote: “I can’t with @SkyeTownsend and Geron! Her snap story was too cute of them together!”

Similarly, @iSpeakStyle wrote: “Aw, @SkyeTownsend & Geron are so cute together”

The couple dated each other for nearly 7 years. But, the news of their split surfaced around 2018. Fans were concerned about their relationship status and some of them even crossed the line.

“Please stop asking if me and Skye are together. We are fine, this app has destroyed countless relationships and our relationship is one of the few things I hold dearly and protectively, please respect it,” Geron wrote a post on his Instagram in response to that.

However, fans were quick to notice that they weren’t following each other on their IG and they jumped to the conclusion that they have parted ways. Skye and Geron never officially announced the split nor gave any reason behind it, but, fans started noticing that Skye appeared sad most of the time in 2019. So, that, in a way, confirmed the split. 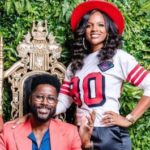 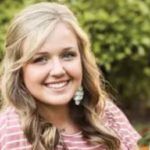