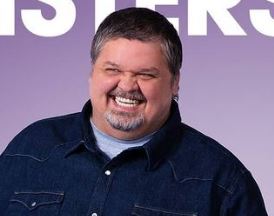 As the Slaton sisters struggled with adulthood because of their weight, there came a help — their brother, Chris Combs. Featured on the Feb 2021 ep of 1000-lb Sisters, Chris stepped into the sisters’ lives, advising them on big life decisions such as pregnancy, or considering staying in an assisted living facility.

Whether the sisters liked it or not, it seemed that Chris was there to “help”. We often saw him taking matters into his own hands like asking Tammy to get her act together, or calling out Amy for her unhealthy eating habits.

Keep reading this Chris Combs wiki to learn all about him.

Chris Combs was reportedly born in 1980. That made him 41 years of age in 2021. Unfortunately, his birthday wasn’t shared. So, his zodiac couldn’t be established either.

If you are a fan of 1000-lb Sisters then you should already know their mother, Darlene Slaton who wasn’t particularly fond of her daughters. As for their biological father, he passed away at a very young age.

Chris’s mother was then remarried to Robert Franklin Rednour. He was a volunteer dispatcher, rescue, and a full-time firefighter for 5 years. Also, Robert was a bus driver for 10 years. Unfortunately, he took his last breath at the age of 62 on January 6, 2021, at Norton’s Hospital in Louisville, KY.

Also, Chris tagged Steven Slaton as his brother on Facebook. If Steven is his biological brother then that would ascend the biological sibling count to five.

As for his hometown, Chris hails from Shawneetown, Illinois. He moved to 800 Maple St. in 2017 and 2021, he resided in Princeton, Kentucky.

Like his sisters, the 5 feet 11 inches (180 cm) tall, Chris Combs was also plus-sized. However, he was on a weight loss journey and already shredded pounds of fat to be eligible for gastric bypass surgery.

On the other hand, his sisters Tammy and Amy, who at one point weighed a combined 1,000 pounds, were struggling with weight loss. As of 2021, Amy underwent gastric bypass to make her body suitable for pregnancy, while Tammy was following a weight loss routine.

Hopefully, with Chris’s encouragement, the sisters might finally be able to reach their goal.

According to Amy, Chris was a strong voice of reason on the show. She shared that despite the siblings’ squabbles, she was she’s happy with her brother taking care of them.

As of Feb 2021, Chris was only present on Facebook. He had very detailed profile information. Over FB, he shared that his nickname was “Buddha” and wrote “about him” as

His Job, Net Worth, Education

While Chris Combs was not helping his sisters on 1000-lb Sisters, he went to his job at McDonald’s. Reportedly, he joined the fast-food company in August 2008.

Before working at McDonald’s, Chris worked for another foodservice distributor called Tyson Foods — one of the largest American-owned processor and marketer of protein-centric brands.

Just in case you want to know, a McDonald’s hourly pay was around $8.32.

For education, Chris went to Union County High School from March 1994 to June 1998. Then, he attended Hamburger University (a training facility at the McDonald’s Corporation) in 2012.

His wife, Brittany also worked as the manager at McDonald’s. She hails from  Princeton, Kentucky, and attended Caldwell County High School there. Also, she is a Madisonville Community College alumna.

As for her age, she was younger than Chris. Her FB profile shared that she was 25 then. 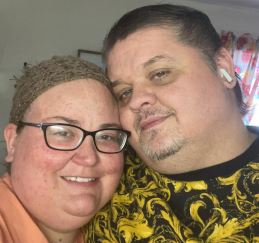 Chris and Brittany shared two kids named Brandon and Emily Combs. Little was know about their son, while as for their daughter Emily, she attended Union County Middle School. As of 2021, she was living in Henderson, Kentucky, and was in a relationship with her girlfriend, Alexa Powell.