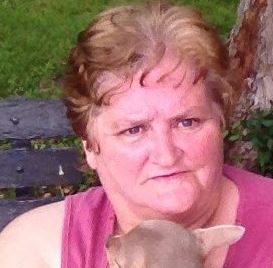 Not all parents are supportive of their children’s decisions. Likewise, Darlene Rednour as she appeared on TLC’s 1000-lb Sisters didn’t seem fond of her daughter Tammy and Amy’s weight loss goal.

Furthermore, Darlene was a plus-sized woman herself. Call it wisdom or her will to maintain privacy, she didn’t like the fact that her daughters were on the reality show. For which, she garnered quite a hate over the internet.

Keep reading this wiki to learn all about her.

As per her birthday, her zodiac sign is Capricorn.

Darlene Rednour hails from Shawneetown, Illinois. But as of 2021, she lived in Morganfield, Kentucky.

Also, Tammy and Amy both were born and raised in Kentucky. So, that means Darlene moved to Kentucky, well before the 1990s.

Considering her weight, and that of her daughters’ (who combined once weighted 1000 lbs), it might be safe to say that the weight problem ran through the family. Also, her son Chris Combs was struggling with overweight as well.

Yes, Darlene Rednour was present on Facebook @daralene.slaton. Her profile picture showcased herself holding a little chihuahua, and her cover photo was a picture from her wedding.

Details on Darlene Rednour’s job wasn’t shared. As for her education, she might have attended a high school in her hometown Shawneetown, Illinois.

Darlene Rednour briefly appeared on the inaugural season of 1000-Lb Sisters alongside her late husband Robert in 2020.

As unsupportive as they come, Darlene’s present on the show was a stamp of disapproval on Amy and Tammy’s choices. At the time, Amy was in preparation to renew her vow with her husband Michael Halterman. But as she asked her mother to go dress shopping with her, Darlene declined.

Later, in the hope to make amends with her mother, Amy again asked Darlene if she would walk her down the aisle during the vow renewal ceremony. But once again, Darlene declined. Neither Darlene nor Robert attended the event.

Darlene Rednour has been married more than once. Her first husband passed away at a very young age.

Then she married Robert Franklin “Frank” Rednour at Grove Center Faith Chapel Church on 24 February 2013. He was a volunteer dispatcher, rescue, and a full-time firefight of over 5 years. Also, he was a bus driver for 10 years and he retired from the Union County Road Department after 13 long years of service. Unfortunately, Robert passed away on January 6, 2021, at the age of 62.

Darlene Rednour is a mother of seven children.

Also, there was another name “Steven Slaton” who Chris tagged as his brother over FB. So, if he were born to Darlene, then her children count would rise to eight.

Short info about her kids:

Before You Go: Danielle Olivera Wiki: Net Worth, Ethnicity, Boyfriend