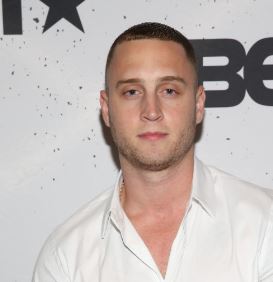 Circa January 2020, Chet Hanks made headlines after a clip of him speaking in patios at the Golden Globes red carpet event went viral. It wasn’t the first time that the son of Hollywood icon Tom Hanks became a hot topic.

In March 2021, Chet again went viral after announcing a new movement called “White Boys Summer”. At the time, he included rapper Jack Harlow, Jon B, and himself as the ones who constituted the “White Boys”.

Want to know about Chet’s children, marital status & net worth? well, read the piece below!

Chet Hanks Bio – From Siblings To Net Worth

Following his father’s footsteps, Chet opted to dabble in acting. “Empire,” “Shameless,” “Maron,” “Your Honor” and “Curb Your Enthusiasm” featured him in some capacity.

Chet’s first shot at fame came as a rapper. Back in 2015, he faced backlash for using the “n-word” in his music. Talking to Van Lathan years later, the handsome hunk blamed drug addiction for his reckless behavior.

All his show-biz earnings pool together, Chet most likely owns $1 million net worth. He and his siblings are the rightful heirs to their dad’s $400 million net wealth.

In 12th March 2020, the story broke that Tom Hanks and Rita Wilson contracted while in Australia shooting a movie.

Amid growing concern for the “Cast Away” actor and his wife’s health, Chet Banks took to social media and addressed the situation.

Instagramming from New Orleans, Louisiana, Chet assured that his parents were neither sick nor worried. Admittedly, his mother and father were going through necessary health precautions.

Insisting that the subject wasn’t anything to be worried about, Chet thanked all the well-wishers. He ended his post by asking everyone to stay safe.

As of March 2021, Chet Hanks remained an unmarried man. The actor/rapper, however, shared a daughter named Michaiah with former wife prospect Tiffany Miles.

Chet and once-wife hopeful Tiffany welcomed Michaiah in 2016. After more than a year wait, the couple finally unveiled their daughter to the world.

Around 2018, Chet was photographed enjoying a late-night dinner with a mystery woman. At the time, it remained unclear whether the stated date was his girlfriend.

With no reports of further sightings, the public became aware that the relationship between Chet and his mystery muse was a one-off thing.

In late-March 2021, Kiana Parker and Chet Hanks’ toxic relationship made the news. The physical altercation between them even left Chet bleeding.

In a video obtained by TMZ, Chet claimed Kiana attacked him with a knife, referencing the head injury suffered by him.

Responding to the allegation, Kiana insisted she grabbed the pot and swung it in self-defense after Chet allegedly menacingly grabbed a knife.

When Chet questions Kiana if she was going to attack him with a knife at the beginning of the video, she hits the phone out of his hand after noticing that he was filming.

The video, after fading to black, showed Chet with a bloody wound on his forehead. He then claimed Kiana attacked him with a knife to the camera.

Kiana refuted Chet’s claims on the spot. She even asked if he attacked him to a witness, who yelled “Not at all”. The mother-of-two then added that Chet attacked him first.

In the same video, Chet revealed the reason for their fight. The actor claimed Kiana turned furious after he caught her stealing. According to Chet, Kiana used his credit cards without his consent and paid rent.

The fight reportedly took place in January 2021 at Chet’s residence in Sugarland, Texas. That very month, he filed a lawsuit against Kiana, accusing her of assault and battery, and theft of the money. In total, Chet was reportedly seeking $19.6 thousand from Kiana.

On 30th March 2021, a judge ordered the suspension of Chet’s handgun license. A day later, his attorney said— “The day after Chet Hanks confronted Kiana Parker about stealing money from his credit card, while Ms. Parker was accompanied by a huge male carrying a gun, she viciously attacked Chet with a knife, which caused him to profusely bleed. It is all on video and the undisputed video tells the whole story. Her claims are completely false, fabricated and fictional.”

Meanwhile, Kiana’s attorney claimed that Kiana was under a doctor’s care at the moment. The attorney also shared she was trying to make the restraining order against Chet permanent.

Bre-Z is an American rapper turned actress who is best known for portraying Tamila ‘Coop’ Cooper...