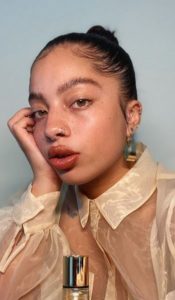 Kiana Lede is best known for appearing in the MTV series Scream (2016) as Zoe Vaughn. She is an American singer, songwriter, and actress.

Her single Ex which was released on 12 September 2018 garnered her over 35 million+ views on YouTube by January 2020.

Delve into this wiki-type article to know more about your beloved Kiana Lede.

Kiana Lede was born on 3 April 1997 in Phoenix, Arizona. She was born to her parents Michael Brown and Shakira Matherly. Moreover, her mother was a teacher who raised Kiana as a single parent.

Kiana went to Mountain Pointe High School as a child. When she hit her sweet 16, she moved out of her family home to pursue her career as a music artist.

Kiana had a thing for music since she was 3 years old. Her mother was supportive of her. She sold out her first show in a local bar called The Mint in North Hollywood.

Kiana signed her record deal with RCA Records when she was only fifteen years of age.

Kiana got into performance art early on which paved her way into the entertainment industry. She started with a karaoke machine which was gifted to her when she was 3 years old.

Her first song was titled Do the Mermaid which was featured in an animated film, Barbie in A Mermaid Tale 2 (2012). Her debut record label single was Hey Chica released under the record label RCA in 2012.

Kiana released her debut EP Soulfood Sessions in December 2015 by Orange Factory Music. She went on to release her second and third EP Chrismas By Lede and Selfless in 2016 and 2018 respectively.

Her fourth EP Myself was released in 2018 under the label The Heavy Group and Republic Records. It had hit singles like Can I and, Bouncin featuring Offset.

In late December 2018, Ella Mai announced Kiana to be in her The Debut Tour.

In 2018, Kiana landed a role in the Netflix series All About the Washingtons.

Kiana Lede dated her YouTube Star boyfriend Luke Brooks. The couple started dating around April of 2014. They were together for almost 5 years before splitting.

The reason behind the split was not made public. 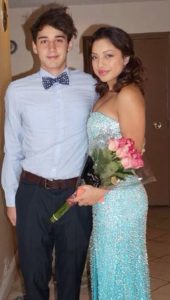