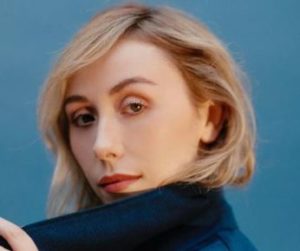 A blessing in disguise, Caitlin Reilly’s resolution to “quit acting for a while” turned out to be the best decision of her life. In Jan 2020, after struggling for a while, Caitlin decided that she was going to quit acting and get more involved in interior design and real estate.

But, amidst the 2020 pandemic, when she “didn’t have a lot of money and really needed a creative outlet”, Caitlin posted a TikTok video as the “co-worker you hate during a Zoom meeting.” It went wildly viral and soon she had millions of followers. Thus, a new TikTok star was born.

Curious about her private life? Stay with this Caitlin Reilly wiki and ease your queries by the end.

Caitlin Reilly was 31 years old in 2021. She celebrates her birthday on September 13 and is of the Virgo zodiac.

The TikTok star, Caitlin Reilly is the daughter of the famed actor John Reilly who passed away in Jan 2021. And if you know John, then you should also know that he was married twice. Well, Caitlin’s mom is John’s second wife, Liz.

Though not much was know about Caitlin’s mom, she shared that she was living with her mother after the 2020 pandemic hit but before became a TikTok star. Also, on mother’s day 2018, Caitlin put up a picture of her mom over IG, and mentioned that she was a “diva”. Looking at the photo, Caitlin couldn’t be any more accurate. 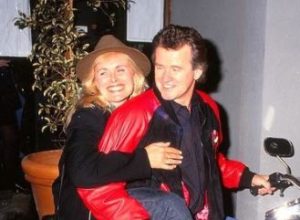 As for Caitlin’s siblings, she has five sisters.

As of May 2021, Caitlin flaunted 600K followers over Instagram and 1.8M followers over TikTok. Her fan following included some A-Listers like Dan Levy, Melissa Gilbert, and Chrissy Teigen.

The hilarious TikToker, Caitlin Reilly stands tall at a height of around 5 feet 5 inches (165 cm).

By 2021, Caitlin Reilly had garnered a net worth of under $750 thousand. Reportedly, she earned around $27K – $439K yearly from Youtube, and quite enough from Cameo as well.

After her meteoric rise to TikTok fame, Caitlin was cast on the TV series General Hospital (2021) as Annie Donely. Also, shortly, she will be appearing on Cafe Americano, and Wrong Reasons as well.

In 2021, Caitlin was represented by WME, Silver Lining Ent. and AEFH.

For education, she attended the American Academy of the Dramatic Arts.

Caitlin Reilly first met her boyfriend Evan Eggers back in July 2018. According to Caitlin, she first thought that Evan was “weird” because he made a mixtape for her on their second date and texted her constantly. But the duo spent over 2 years of togetherness since then, and for that Caitlin thanked her boyfriend. In her words,

“Thank you for 2 years of driving me insane and making me laugh, @evantownusa. I love the shit out of you.”

Moreover, Caitlin’s love for him is often reflected on her IG as she put his pictures with sweet captions. She has tagged him as her “mcm”, “sweet boyfriend”, and also, on Thanksgiving 2019, she mentioned themselves to be “mom and dad”. 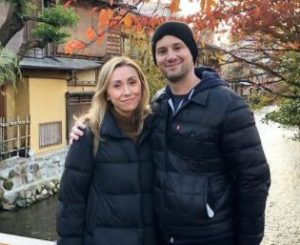 So, who is the guy Caitlin someday might marry? Evan Eggers is an Austin, Tx born writer/drawer who has been featured in San Francisco Sketchfest, and The Out of Bounds Comedy Fest in Austin, Tx. He is a graduate of Groundlings Writing Lab in L. A. and has studied satire writing at the Second City. Also, he went to Savannah College of Art and Design for his bachelor’s in graphic/motion design from 2017 to 2020.

As of 2021, Evan resided in Atlanta, Georgia where he was working as a Desing/VFX intern at WarnerMedia. Before that, he worked at Upstage Center Inc for over 9 years as a creative director. Also, he has freelanced as a tour rigger for stars like John Legend, The Lumineers, Lady A, John Fogerty, Radio City Rockettes, Stone Temple Pilots, and The police.

Find his work over IG @evantownusa and @itsevaneggers, which had 6K and 2.4K followers as of May 2021 respectively.