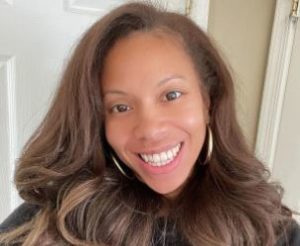 Bravo’s The Real Housewives of Potomac is here, but the rumored newbie Charaé Jenkins was nowhere to be seen on the season 6 action-packed trailer. However, another new face, Mia Thornton who “supposedly” was to be cast along with Charaé was spotted throwing salad on Candiace over the trailer.

So, what was Charaé up to? Get to know all about her over this Charaé Jenkins wiki.

As per her birthday, Charaé is of the Cancer zodiac.

Charaé Jenkins stands tall at a height of around 5 feet 8 inches (172 cm).

Mentioning her distinct features, Charaé has brown eyes, a wide smile, and a perfect nose. Also, few argued that she looked like the five-octave vocal range singer, Mariah Carey.

The rumored RHOP newbie, Charaé Jenkins’s maiden name is “Charaé H Carter”. Reportedly, she Columbus, Ohio native who moved to Edgewater, NJ later. But as of 2021, she was living with her husband and son in Alexandria, VA,

Charaé Jenkins was born to parents: mother – Halima Carter, and an anonymous father. Though Charaé shared nothing about her father, she did once post his picture over her IG back in July 2016 — eating Chipotle together for the first time.

As for her mother, Halima (born Dec 24, 1960) was 60 years of age in 2021. According to Charaé, her mother whom she loved “to the moon and back” went through “health and mental health battles that suddenly plagued her starting in 2016.”

For the next 4 years, Halima was in a “mental fog”. But from the start of 2021, Charaé shared that she was getting better and catching up on things she “missed”. Furthermore, Halima was gaining weight (in the past she only weighed 40 kg/89lbs), and becoming more and more like the mom that Charaé “knew and grew up with and missed so much.”

Charaé mentioned that she was proud of her mother —  “the woman that set the blueprint” for her.

As of May 2021, Charaé Jenkins entertained 1K followers over her Instagram @charaecj. Her posts then mostly featured her baby and her husband, and her bio described a little about herself,

“I like to collect recipes, albums, Jordan’s and experiences. Mostly experiences – and share the highlights here. Ohio born. DC based.”

Charaé Jenkins’s net worth was under $2 million before 2021.

Professionally, she was working as a marketing director for &Pizza then. Reportedly, her job was to develop and implement the “robust multi-channel, integrated marketing program” and raise “overall company sales, traffic, average ticket, and digital engagement across &pizza sites and social media.”

Before that, she worked for Chipotle Mexican Grill for 4 years 7 months, as a manager and marketing strategist. Also, she has been a marketing and membership manager for the Newspaper Association of America for almost a year.

In light of her education, Charaé attended the American University for her bachelor’s in law and society from 2003 to 2007.

Charaé Jenkins married Daren Jenkins after 5 years of dating bliss on August 16, 2013. On their 7th anniversary, Charaé took to her IG to share a picture with her husband from the wedding, captioned with sweet words. A part of which wrote,

The duo welcomed their firstborn, a son named Carter on June 28, 2020.

As of 2021, Charaé and Daren were happily married — traveling places and taking pictures with their kid together. 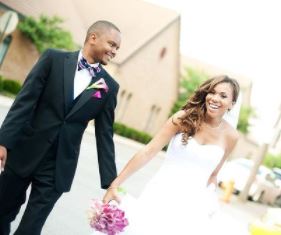 Little info about Charaé’s husband, Daren Jenkins: He was born on September 12, 1982, and is three years older than Charaé. In 2016, he was appointed as the director of communication by the National Basketball Players Association (NBPA).