Home EntertainmentJohn Reilly Wife: Who Is Liz? Their Son, Daughter

John Reilly Wife: Who Is Liz? Their Son, Daughter 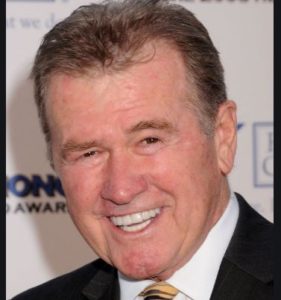 Actor John Reilly from General Hospital and Passion passed away in January 2021. While most assume his death to be from a natural cause, the official declaration for the reason behind was due as of this writing.

Ever since his death, people are wishing to take and recall the glorious life that John Reilly lived and how he got into show business. So worry not as we’ve put together this wiki to resolve all the queries. Also, find out about his wife, Liz!

John Reilly Cause Of Death

Soap Opera actor John Reilly passed away on 9 January 2021. The news has been officially confirmed. However, the cause of death is yet to be revealed.

Nevertheless, his family has been receiving condolences for the loss from John’s friends, well-wishers, and his co-stars.

Moreover, John Reilly is a Scorpio-native by zodiac sign.

Born John Henry Matthew Reilly AKA Jack, very little has been shared on his early life and details on his family. As per the loving words Finola Hughes left in the loving memory of John Reilly, he carried Irish heritage.

As reported in Soap Opera Digest, John grew up in an all-male household, save for his mother. He had at least one brother whose identity is yet to be discovered. His mom, in particular, was very proud of his following a career in acting.

“I’d call her every once in a while and say, ‘Mom, how do you think I am doing?’ And she’d say, ‘Well, you look really good!’ She was so proud. It was a real thrill for her to see one of her sons on TV.”

John and his family hailed from his hometown of Chicago, Illinois, the United States. Other than that, no further information has been shared on his family as of this writing.

A tall handsome man, John Reilly stood tall at a height of 6 feet 1 inch (1.85 meters). Furthermore, his tall feature aided the increase of his body weight.

He weighed approximately 94 kilograms (207 lbs). What’s more, John’s dashing appearance at the peak of his career elected him being as a soap-opera heart-throb from his era.

As most assumed, John has never indulged himself in social media. He probably would’ve garnered a sizable social media followers if he was in one.

John Reilly had his mind already set and made up to become an actor. So, he took acting classes in his hometown of Chicago along with his friends.

What they called an advanced acting class, John’s natural acting chops made him realize that it was just a piece of cake and nothing more.

And after John was spotted by an executive from a top talent agency, he handed over his card and told whether he wanted to be a big fish in a small pond or swim with a shark. Following that, John flew to New York immediately.

Later, John Reilly signed to As the World Turns.

John Reilly made his on-screen debut in 1956 when he appeared in As the World Turns or ATWT (1956). Later he appeared in Police Story (1974) appearing as an officer.

From 1970 to the end of 1990, John starred in over 50 TV shows including Gunsmoke, Kojak, Phyllis, Lou Grant, How the West Was Won, The Bionic Woman, A Man Called Sloane, The Incredible Hulk, Number 96, Hart to Hart, and several others.

But, among all the appearances, John’s portrayal of Roy Ralston in Dallas (1983) turned out to be his breakthrough role. However, John Reilly’s demonstrated his diverse range of vocal capabilities as Hawkeye/ Clint Barton/ Irving in the animated series Iron Man (1994-1996) earned him wider prominence and recognition as a voice actor.

But starting from 1984 to 2013, Sean Donely of General Hospital has got to be the biggest role of his entire career. During his decades’ worth of career, he has been celebrated with pre-nomination for Outstanding Lead Actor in Daytime Emmys in 2006.

In the meantime, John Reilly’s roles in TV shows earned him an impressive salary that accumulated to build a total net worth of $4 million.

Before Liz, John Reilly was previously married to another anonymous woman. From the marriage, he had two daughters. But after he split and moved separate ways from his first wife, he found his second wife, Liz.

After they met each other in 1980, the couple didn’t waste much time and tied knots on 11 July 1981. While they kept the relationship under wrap, his interview gave his take on being a married man again.

As he took the role of As The World Turns for his mother, John took the role of General Hospital for his daughters. He didn’t feel like passing up the opportunities to star on the show to which he uttered,

A transition from growing up in an all-male household to an all-female household he talked about learning things being with them that he didn’t understand.

John and Liz’s daughter Caitlin Reilly went on her Instagram to share that the world lost the brightest star and the best person in the world. She displayed the feeling of immense loss and having no clue about what she was going to do afterward.

Caitlin concluded her statement with the heartfelt words of her unfading lover for her dad.

0 Replies to “John Reilly Wife: Who Is Liz? Their Son, Daughter”