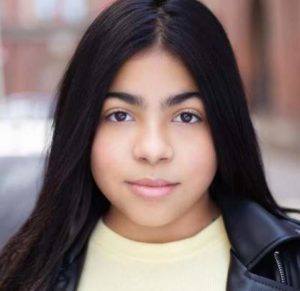 With Lin-Manuel Miranda’s music and artistry animated musical Vivo soaring to heights early in August 2021, find out all about its teenage breakout star cast Ynairaly Simo who plays Gabi.

Vivo’s heart-wrenching emotional beats, its plenty of humor, and casts of some infectiously lovable characters make this project indeed a special creation.

Among them is Ynairaly Simo’s character Gabi, a spunky and rhythmically challenged Gen Z spitfire who happens to be moving with her widowed mother from Cuba to Florida. She is also Andrés’ grandniece (performed by cuban legend Juan de Marcos González).

The studio animated film, aimed primarily at kids, is apparently a buddy comedy about a kinkajou who teams up with a Gabi to fulfill a beloved family member’s dying wish. (Miranda, who wrote most of the movie’s music, plays the cutest singing-and-dancing kinkajou.)

Gabi, as she helps the kinkajou get by in a human world, contributes to plenty of best performances throughout the movie.

And thus, despite playing the somewhat misguided sidekick to the beloved kinkajou, Ynairaly manages to steal the show.

Vivo basically gives the young artist’s musical talents a place to shine. Her performance on the soundtrack “My Own Drum (Remix) with Missy Elliott” also stands out just as it deserved.

And even though the film received mixed reviews, Ynairaly only got the good ones.

Also don’t miss to tune into her Spotify for her other popular tracks from the movie — “Keep the Beat”, “Grand Finale”, “Running Out of Time”

Ynairaly Simo celebrated her birthday each year on August 10th and reached the age of 13 in 2020.

Ynairaly Simo was born to Dominican parents Ydamys and Joseph Simo. She is a native New Yorker and daughter of Latin parents, who migrated from the Dominican Republic.

There is no doubt Ynairaly Simo is her Latin parents’ favorite. While she is especially her “daddy’s little princess”, her mom seemed to be helping her out as in her career. 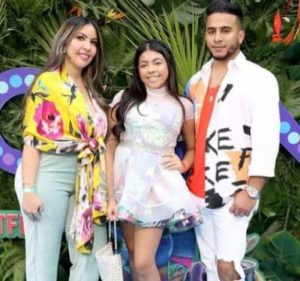 Ynairaly Simo was proud to be attending Vivo’s premiere with her parents (PIC: Ynairaly’s IG)

The matriarch herself is the CEO and founder of the brand STYLE360 NYFW. Over years, she has transferred her vision and passion for fashion into a unique venture of her own.

Her professional website describes — Ydamys is inspired by her precious soul mate and her daughter Ynairaly.

As part of the deal, Ydamys has also started designing High-End Couture for Children. When the mom of one realized the clothes were not stylish enough for her Ynairaly in 2007, it inspired her to start the venture YDAMYSSIMO.

That been said, Ynairaly is also assumed to pursue a career in the Fashion industry in addition to acting.

Further, other than helping her daughter with her career, Ynairaly’s mom has also been updating Ynairaly’s fans about what’s happening in the young star’s life.

In July 2019, it was Ydamys who revealed that Ynairaly was hospitalized and underwent eight hours of surgery.

You may stay with the matriarch on her Instagram @ydamys for more such updates.

Years later finding herself on Vivo was a dream come true for her. Ynairaly confirmed she had worked on the project for almost two years before it premiered on Aug. 6, 2021.

So far, Ynairaly has participated in many successful auditions that led her to participate in films, TV shows, national print ads, and editorials.

As a model, Ynairaly walked on the runway for several well-known designers on the likes of NY Fashion Week and LA Fashion Week.

Clearly, the young actress is just getting started. Looking forward to doing more memorable roles in the future, she had been attending the Celia Cruz Bronx High School of Music. And she was represented by Dave McKeown & Stephanie Artuso at Edge Entertainment Management (as of Aug. 2021).