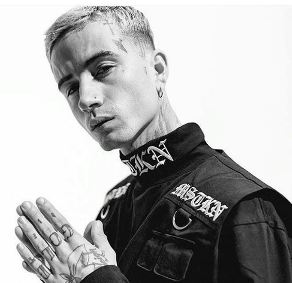 In mid-December 2019, Austin Wilson became a single man after separating from a girlfriend of a month Demi Lovato.

Split rumors first circulated when the model and the actress unfollowed each other on Instagram. In a private message sent to a fan, Demi confirmed the breakup and asked her supporters to go after Austin who admittedly was a good guy. At the time, she refrained from opening about what led to the separation.

Speaking to E! News, a source close to Demi blamed the couple’s un-meshable lifestyles for the split. Without outlining Austin’s priority, the said insider shared that the songstress was committed to her sobriety and nothing else.

Taking to Instagram, Demi shared the photo of the two. In the accompanying caption, the “Sober” songstress labeled Austin “My (heart emoji).”

Posting a different photo of the duo on Instagram, Austin responded by calling his alleged girlfriend Demi “My Love.” 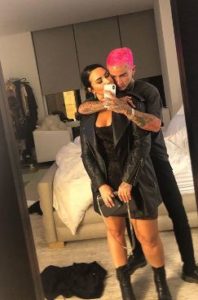 In many ways, the dating confirmation made by the lovebirds was an absolute bombshell and a total surprise. Per E! New, Austin and Demi “run in similar friendship circle.” They were friends with Thomas Trussell III who tragically passed away from an overdose in October 2019.

Before falling for Austin, Demi was romantically linked with reality TV sensation Mike Johnson. The duo sparked dating rumors in September 2019. By next month, they were no longer together.

Austin Wilson met girlfriend Demi Lovato through the group comprising mostly of sober friends. Talking to E! News, an insider claimed that the romance between the two was a whirlwind one.

Bonded over their similar sobriety journey, Austin and Demi reportedly were empathetic to each other’s struggles. Per the same insider, the “Heart Attack” songstress saw the model as “a good influence and a positive light.”

As they shared similar beliefs on health and wellbeing, Austin and Demi fell for each other and started dating.

A Gemini via Zodiac sign, Austin Wilson turned 25 years of age on 25th May 2019. The burgeoning model’s bio states that he was born in the year 1994.

Talking about his family life, Austin is the son of George Wilson.

To those wondering who Austin’s dad might be: George is a member of the late-70s and early-80s skateboarding crew “Z-Boys.” Post-skateboarding career, he found success with “Rivi Goods” — LA-based clothing line which mainly produces jeans.

Despite his biological parents no longer together, Austin seems to share a commendable relationship with both. Tara Wilson is his step-mother.

Austin is siblings with a brother named Tyler Ash. In 2019, Tyler became a father to a baby daughter Amanda Metren, who happens to be Austin’s favorite thing in the world.

Based in Los Angeles, Austin makes his ends meet through modeling. Gifted with five feet and eleven inches+ height, he has modeled for clothing brands such as “Civil Regime,” “For Those Who Sin” and “MSTKN.”

With every passing day, the number of tattoos on Austin Wilson keeps on growing. Perhaps, the same need to said about his burgeoning net worth.