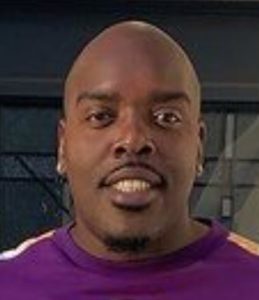 If you haven’t come across Bigg Jah on your social media, you really need to explore social media more. Bigg Jah is a social media star, who is super-famous for making and posting comic videos on his channels on Instagram and Youtube.

Read more about Jahdai Pickett as well as about his social media channels.

With his birthday on the second of December, Bigg Jah’s zodiac sign was Sagittarius.

As the readers might have already guessed, Bigg Jah is only the performance name. His real name is Jahdai Pickett. And it was his birth name, he used everywhere else except for his performances.

From his Facebook profile, we found that Bigg Jah had a pretty large family. Apart from his parents, Jahdai was also close to aunts and uncles, and cousins of the family.

His mother’s name was Linda Johnson-Pickett. Nothing was known about his father. And as far as we know (from his Facebook), he had two siblings: a sister, Jireh Pickett, and a brother Mann Moore.

Jahdai grew up in his hometown of Los Angeles, California. For his education, he went to the University of California, Berkeley. He graduated with a film degree.

Bigg Jah, just like his name says, is a big man. He stood at a height of over 6 ft 3 inches. And he had a massive weight of over 105 kgs.

Talking about his distinct features, Bigg Jah is bald. He garners brown eyes and kept a short goatee on his chin.

Lastly, he had a Youtube channel with over 1.15m subscribers.

After graduating from college, Bigg Jah started doing stand-up in LA. And then about a year or so after, he started to make sketches. But he wasn’t consistent and he worked as a personal trainer, a substitute teacher, and a bodyguard to pay the bills.

However, it was only in 2017 that he really started to work professionally on creating comedic sketches. He started uploading sketches regularly on Instagram. His first viral sketch was Tiberius: The Hood Hitman. And since then his channels on both Instagram and Facebook had grown exponentially.

Tiberius: The Hood Hitman went on to become a successful series. His most famous sketch-series, however, was The Lesbian Homie. Bigg Jah’s content came from his own personal experiences and he described his brand of comedy as “Hood Good Comedy”.

On Youtube, he uploads two sketches every week and each gets around 400k views. According to SocialBlade, Bigg Jah Youtube channel had 9.3m views in December 2020.

Bigg Jah also had his own merchandise brand. He had hoodies and T-shirts and even slippers among his merch. Bigg Jah had an estimated net worth of $700 thousand, as of 2020.

However, the brand Bigg Jah had built was not the product of Jahdai Pickett only. It also included a lot of other cast members.

In an interview, Jah mentioned most of his cast members he knew since his stand-up days, but he had also hooked up with guys through direct messages from the cast members.

The answer to the question in the last part is probably no. There was never any mention of girlfriends in any of his social media, which was pretty much dedicated to his craft.

We guessed that if he was married and had a wife, there must have been some details that he would have let on. But he could very well be in a relationship with a girlfriend.