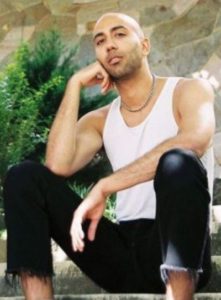 The global audience was in awe of this Australian comedy-drama series Five Bedrooms in 2020. The show added up to the existing richer diversity on Australian screens.

In the United States, the series started streaming on NBC’s new platform Peacock in 2020’s April.

Meanwhile, it originally aired on Network Ten in May of 2019 and it was said the second season would premiere on the very network at some point in 2020.

Five Bedrooms narrated the story of five different people who bond after they find themselves seated together at the singles table at a wedding. After a few too many drinks, they decide on investing in a house together, a five-bedroom house.

So far, the show was rated quite well and each one of the starring actors were highly praised for their performances.

In the writing below, we precisely talk of one of the main cast Roy Joesph who plays Harry, the gay surgeon, in the show.

Roy Joseph, age 27 (at some point in 2020), was born in Israel but resettled in Perth when he was six months old.

His father is an Indian and his mother is an Iraqi, lending their son a blend of Indian-Iraqi ethnicity.

Moreover, his parents are Jewish. So, Roy also had a Jewish upbringing. Even today, he is identified as Jewish.

Unfortunately, Roy kept the info about his zodiac and birthday to himself.

With over 2.1k followers on Instagram, on it, Roy is seen either in a classic buzz hair cut or in the razor shaved style. He is almost rarely seen without a beard or mustache.

More to his physical appearance, the gorgeous man appeared to have been advised to wear specs by his doctor, since a younger age.

Roy Joseph, as an actor, is mostly known for Five Bedrooms, Halim, and Back in Very Small Business. The latter one marks his very first breakthrough, where he plays a regular role as a CEO Vijay Kapoor.

Roy always wanted to be an actor but his lack of self-confidence would not let him pursue it further. So he instead did an entertainment management course at the JMC Academy to work in the music industry.

Later, somehow he competed for the NIDA Open Actors Studio program in Melbourne. He applied to enroll there, not once but three times, and each time ended up without success. However, the experience proved to be an immense aid to his self-belief.

Roy then applied to WAAPA and was accepted on the second attempt. And, before he graduated from WAAPA (Western Australian Academy of Performing Arts), at the end of 2017, he was acquainted with casting director Nathan Lloyd by a fellow student. This led him to Back in Very Small Business.

Now from this, until Five Bedrooms, his career is only getting better. And, in the meantime, besides the ever-getting-bigger fame, Roy Joseph amassed an estimated $300 thousand net worth.

Until 2020’s spring, there was relatively very little information about Roy Joseph’s relationships and partners on online outlets.

But a glance over his Instagram in 2020 suggested— there existed this girl he constantly surrounded himself with. Her name is Laura Lakshmi McDonald. Laura — who is of Scottish-Australian, Italian, Sephardic, and Finnish descent — went to WAAPA, the same academy as Roy. Not to mention, they also graduated the same year. 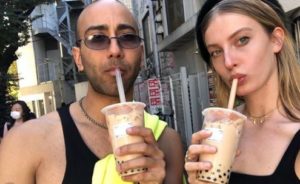 Laura, who is also an actor, was cast as Inez in The Secrets She Keeps, airing on Network Ten yet again the same network Roy appeared in.

Roy or his rumored girlfriend Laura, never directly accepted confirmed the dating rumors, but there social media activities sure spoke of the opposite. For years, they have been in one another’s company. And they sure seem to be romantic partners.

More From Us: Keiynan Lonsdale Gender, Partner, Net Worth, Parents