The Bangladeshi-American influencer was barraged with hurtful DMs after she shared a picture of her, flaunting a high-waisted bikini.

Despite the acrimony, Noor had stood strong against body-shaming and continued to advocate self-love. She added, “I’ve learned that hurt people say hurtful things.”

Stay till the end to learn more about Nabela Noor’s wiki and bio.

Nabela Noor celebrated turning 29 on the 4th of August 2020

She moved to Pennsylvania leaving her birthplace, New York where she stayed until graduation.

Noor’s family — native to Bangladesh — immigrated to the United States while her mother was five months pregnant with her. She was the only member of the family rising to stardom among three siblings above her (two brothers and a sister) and two sisters below her.

In her vlog, Nabela mentioned, “I am an American through and through. And I am also a Muslim.”

As a public figure, Noor faced quite a backlash when she raised her voice against ethnic discrimination and the crimes Muslims were subjected to.

Nabela Noor stands 5 ft 2 inches(157cm) in height and weighs 72kg (159lbs). She is proud of her body as it is and does minor physical activities to remain healthy.

At the age of 29, Nabela Noor’s net worth amounted to $2 million.

As seen online, Nabela specializes in DIY tutorials and had amassed over 996K subscribers (June 2021) on her self-titled YouTube channel. What’s more, she and her husband ran a separate lifestyle and beauty channel titled “Nabela and Seth.”

Elsewhere on Instagram, around 1.8 million followed Nabela. She used the platform to promote her latest content and products. The social media sensation, meanwhile, garnered 51.2k followers on Twitter.

Furthermore, she is also the founder of the fashion brand Zeba that focuses especially on ‘plus-sized” women’s wear.

Coming to her personal life: Nabela Noor married her husband, Seth Martin on June 14, 2015, in Central Pennsylvania. “I crushed him at first glance” she recalled. She met her future husband Seth while she was taking orders at her parents’ restaurant. 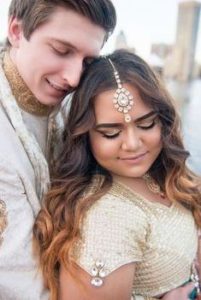 On the 2nd of November 2012, Nabela was completely set on getting arranged married but a day later Seth asked her out on a date. After several dates, they cherished the moments together and fell in love.

Later, Seth proposed during a dinner date with the strawberry chocolate dessert, written around the edges was “Will you marry me?” and Nabella endorsed.

In June 2021, Nabela revealed she is forever changed following a pregnancy loss. The YouTuber found out she 5 weeks pregnant on 1st June, 6 years after she and her husband, Seth began trying to conceive.

Describing the pregnancy as a high risk, Nabela shared their miracle baby meant a lot because they were experiencing a period of hopelessness. Admittedly, she knew her baby was going to be a boy, and even picked a beautiful name for him.

Nabela then admitted she was still experiencing the pain of miscarriage even after returning from the hospital.

Back in May 2021, Nabela said the doctor told her she would suffer multiple miscarriages if she was ever got pregnant. The YouTube guru also revealed she and Seth were trying to adopt kids from Bangladesh.