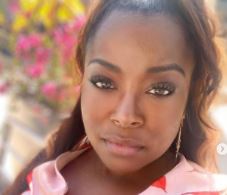 Winner of the eighth and final season of Design Star, Tiffany Brooks went on to become a staple icon on HGTV. She has led the network’s popular shows like The Most Embarrassing Rooms in America, Rock the Block, and was helping homeowners settle their renovation plans on $50K Three Ways in 2021.

Over the years, we have seen Tiffany battle with diabetes, struggle with her pregnancy, and most of all, her weight loss achievement has surprised us all. So, what was going on? How did she lose weight?

Keep reading this Tiffany Brooks wiki to find out!

She celebrates her birthday on June 17, and that makes her of the Gemini zodiac.

Tiffany Brooks was born to parents, Michael Wayne Moulton (Sr. “Mickey”) and Callie Guins. Her father, Michael was the Engineering Group Leader of Automatic Electric Co, who later went on to work for Abbott Laboratories in the Pharmaceutical Products Division for 16 years.

Reportedly, Tiffany’s parents were married circa 1973 in Chicago.

Talking about her siblings, Tiffany is the younger of the three. She has a brother named Michael W. Moulton Jr. (who was married to Mick, and a sister named Karen L. Moulton.

If you regularly follow Tiffany Brooks over socials then you may be unaware, however, if you don’t, and have just seen her after a long time, her weight loss might have surprised you!

A lifelong battle with type 1 diabetes, Tiffany always struggled to maintain her weight. Taking insulin-related medications, and food regulation, it was hard for Tiffany just to maintain her health — let alone her weight!

In 2004, as her disease got worst to an extent that it almost stopped her kidney from functioning, her brother Michael stepped in as a savior and donated her a kidney. Also, she received a pancreas from an anonymous donor.

Finally, Tiffany got back on her feet! Started a healthy diet, and maintained regular work out, which ultimately led to weight loss she flaunts today. Although Tiffany herself didn’t share the other “secrets” of her weight loss, the process looked gradual, and it didn’t seem like she went under any weight loss surgery either.

Wondering what she did, aside from her time over the Television? Well, Tiffany was the owner of Tiffany Brooks Interiors + Design located in the Greater Chicago Area where she advised clients on “color, space planning, furnishing styles, lighting, window coverings, flooring, art, and accessories.” Her company has even won the Chicagoland Apartment Association Management Excellence Award for “Best Two-Bedroom Model Design”.

Before that, Tiffany also worked as a community manager at Gables Residential for over 4 years.

In light of her education, Tiffany graduated from Chicago Community Hight School in 1997 and joined the College of Lake County to study Business Management. Later, she then enrolled in Penn Foster College for her certification in Interior Decorating and Residential Design from 2007 to 2009.

Yes, as of 2021, Tiffany Brooks was married to Dante Brooks. Reportedly, the two got acquainted in the 90s when they both attended Chicago Community High School.

Her husband, Dante is the creator/owner of a Christian streetwear clothing brand called Afresh Culture. Although Tiffany rarely talked about him or featured him over her socials, she mentioned him to be her “wingman”, and “backup” over her design website. She wrote,

“He is there to handle any scheduling with the trades and managing the installations. He is always on call, and there when you or I may need him. We love him because he always is smiling and his positive energy is contagious!”

Trivia: Tiffany didn’t wear rings on her wedding finger, whereas Dante wore a wedding band over his.

Tiffany Brooks and her husband Dante Brooks share a son named Ayden Brooks who was born in 2003.

According to Tiffany, Ayden was born four weeks prematurely because her kidneys began to fail when she was in her third trimester of pregnancy. Unfortunately, Ayden inherited his mother’s disease and was still fighting Type 1 Diabetes in 2021.

Ayden celebrated his 17th birthday in August 2020. It seems the kid was interested in his mother’s work and was aiming to be an interior designer as well.

Set to graduate In 2021, Ayden was attending Culver City High School then.