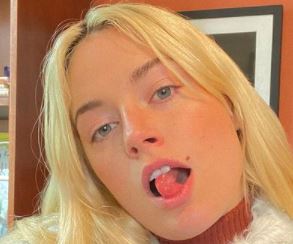 The American singer and songwriter, Ashe appeared on American Idol on May 16, 2021 ep performing her collaborative track alongside Finneas. Their song Till Forever Falls Apart was just released early that month, and the live version wasn’t any less good than the studio one.

So, the duet performance certainly got the fans’ attention and got them wondering what was Ashe up to these days? Did she take one a new boyfriend after her split with her ex-husband? Get answers to all your queries by the end of this article.

Corresponding to her birthday, Ashe is of the Taurus zodiac.

Ashe had an older brother named Ryne Willson who passed away in 2020. If you didn’t know, her song “Ryne’s Song” is a tribute to her brother. She even sampled his voicemail over the song wishing she had replied before it was too late.

“My brother and I have a really complicated relationship, and there were a lot of conversations that him and I didn’t get to have when he died,” she grieved.

According to her, it was also Ryne who helped her get into music. She recalled that he was into music and did a lot of freestyle. However, he went on to pursue art and digital paint professionally.

If you are wondering why she needed Ryne’s help to discover music — Ashe shared that she was exposed to a bad repertoire as a kid since she had to listen to Christian radio. Born to religious parents, Ashe was much influenced by her household. Moreover, her mother is still devout and she often imparted her faith to Ashe. Thus, her brother and also her grandfather came as a savior introducing her artists like Bob Dylan and Jefferson Airplane.

Ashe wasn’t very confident about her 5 feet 4 inches (162 cm) height. She has called herself “Short” a few times over social media. On May 2021, she tweeted,

Also, she entertained 1.1M followers over TikTok then.

Ashe’s net worth was well over $1 million as of 2021. She earned around $28K – $453K yearly through her self-titled Youtube channel with 680 subscribers then.

Also, Ashe reeled in a few bucks through her merch including autographs, Vinyl, Tees, Bags, Pins, and Candle, ranging anywhere from $6 to $59.99.

By 2021, she had over 10 originals released. Mentioning some of her popular over Spotify are — Till Forever Falls Apart, Moral of the Story, I’m Fine, Save Myself, Me Without You, and many more.

In light of her education, Ashe attended Berklee College of Music to study classical music in 2015.

No, Ashe and Finneas are not dating. The rumors about the two singers dating started after they released Till Forever Falls Apart in March 2021. Moreover, their performance of the song in American Idol shortly after, had fans shipping them.

Furthermore, Finneas has appeared quite a few times over Ashe’s IG. But it was mostly for the song’s promotion. On Feb 26, 2021, Ashe posted a picture of herself alongside Finneas and wrote,

“Till death do us part.”

No wonder, fans were confused. However, although the pair may look good together, each had their own another half then.

Who Is Ashe [Singer] Ex-Husband?

Ashe met her ex-husband through tinder, and the duo got engaged six months into the relationship. She recalled that the proposal took place in Hawaii and the romantic gesture caught her off guard. Although she had a feeling that they were moving too fast with their relationship, she jumped the gun and got married in 2014 at the age of 21.

Also, Ashe confessed that she never wanted to write love songs for her ex-husband; and that was the sign for her not to get married — which she definitely ignored!

However, although she never wrote a “love song” for him, Ashe certainly penned a divorce song “Moral of The Story” written back in 2017. At the time, Ashe was going through a bad marriage, and soon after, she filed for divorce and left for a tour.

As of 2021, Ashe and her husband weren’t on speaking terms.

As of 2021, Ashe and her boyfriend, Spencer Roehre were still dating.

After her divorce, Ashe first introduced her new boyfriend Spencer to the world in April 2020.  “I’m in love again,” she said over an interview then.

However, looking at Spencer’s IG posts, the two seemed to have started dating before early 2019. In March that year, Spencer posted a picture of them captioned,

“This is me and my girl and she makes me so happy and I’m really proud of her!!!! Ok, thx for coming to my @Ted talk, love u @ashemusic (heart emoji).”

Also, Spencer first ever tagged Ashe over IG on his Dec 2018 post captioned,

Over, Ashe defines her love life and herself to be “just like a serial monogamist.” She admits that she has been in multiple short-term relationships, and her shortest one was like three months (she reckons).

One Reply to “Ashe [Singer] Ex-Husband, Brother, Net Worth, Height”