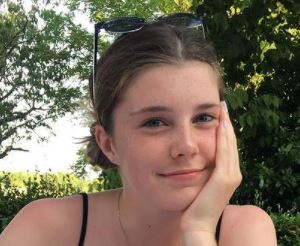 Congratulations to Andrea Spendolini-Sirieix, chosen to make her Olympic debut in Japan as the youngest member of Team GB’s diving team, alongside Tom Daley and Jack Laugher.

But did you know that she is also the daughter of C4’s First Dates star Fred Sirieix?

Delve into the world of Andrea as this article proceeds.

Andrea Spendolini-Sirieix was 16 years of age as she was announced to participate in Olympic 2021.

Andrea Spendolini-Sirieix’s mum goes by the name Alex to the public. But her real name is Alessandra. Find her over Instagram @missalessandra73.

According to Andrea’s dad, Alex was the “closest thing to marriage” that he ever came to. It seems the two shared a 12-year long relationship between which ended after 2010. 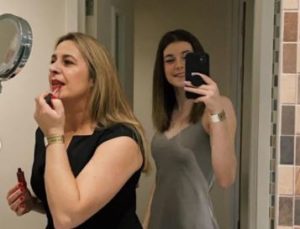 Shedding a little light about her mum, Andrea once took it to her IG in December 2020 with a picture of them getting ready for a night out. She wrote,

Andrea Spendolini-Sirieix’s dad, Fred Sirieix needs no introduction. He is the Maître d’hôtel (french for ”master of the house” — head waiter, host, or waiter captain) and a TV show host who graced Channel 4’s First Dates. Also, Fred has worked as the general manager of a Michelin-starred restaurant named Galvin at Windows at the London Hilton.

After his split from the mother of his children, Fred got engaged to a woman he nicknamed “Fruitcake” in March 2020. The two first revealed their relationship back in January 2018.

Overall, Andrea is proud of her dad as much as he is proud of her. She shared she even watched First Dates occasionally; and although she found the show to be “quite entertaining”, the cringes were too much for her.

Trivia: Andrea loved her uncle, Pierre Lao-Sirieix, who was a director of AstraZeneca, the pharmaceutical company which helped develop a vaccine for Covid-19.

Who Are Andrea Spendolini-Sirieix Siblings?

Andrea Spendolini-Sirieix is the oldest child born to parents, Fred and Alex. She has a younger brother named Lucien who arrived into this world on July 25, 2009.

Both Andrea and her sibling have appeared a few times over their dad’s IG as well. In May 2021, Fred took it to his IG to flaunt the pictures of them, whilst wishing Andrea the very best for Olympic 2021.

Andrea Spendolini-Sirieix stood tall at a height around 5 feet 8 inches at the age of 16 (in 2021). Since she was a growing teen, her height may change in the upcoming years.

Mentioning her distinct features, Andrea has a square face and a beautiful smile.

As of June 2021, Andrea entertained 2.6K followers over Instagram.

Andrea Spendolini-Sirieix garnered a net worth of under $250 thousand by 2021. Also, she was entitled to her father’s Fred stunning net worth of $1.40 million then.

So, are you wondering how Andrea made her net worth? Well, for a start, now that Andra is an olympian, she was entitled to revive compensation, scholarships, and salary from Team GB. And not to mention there were cash prizes to winners who brought medals home.

An athlete, ever since a child, Andrea was scouted by Crystal Palace Diving Club when she was 8, and over the years she amassed a hefty amount of medals including a first senior title at the British Championship and a gold and silver medal at the FINA Diving Ground Prix.

Also, Andrea recently finished fourth in the FINA Diving World Cup in May 2021.

Initially, when Andrea first stepped into diving, she wasn’t convinced that the sport for her and felt like it was “too hard”. But the accomplishment she felt as she did “bigger dives” got her adrenaline rushing. She added, “I really liked the fact I could push myself and test the bravery and see what I can do.”

In 2020, Andrea was even honored with the BBC Young Sports Personality of the Year award.

Did you know: Andrea, who is fluent in three languages — English, French, and Italian.

Is Andrea Spendolini-Sirieix Dating Anyone?

As of June 2021, Andrea Spendolini-Sirieix was busy preparing her best for the Olympics. Maybe she wanted to focus on bring the medal home, and free herself from the romantic distractions. Thus, she didn’t seem like she was dating anyone then.