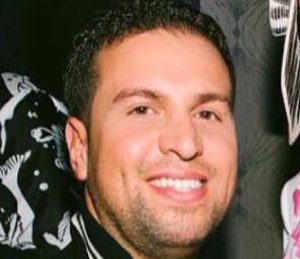 Shots fired! On June 25, 2021, the Fashion Nova CEO, Richard Saghian’s house became the site of an armed robbery that left one person dead and four injured.

So, what happened?  Keep reading this Richard Saghian Bio to learn all about it, and also delve into Richard’s personal life as the article proceeds.

According to Los Angeles Police Department, the shooting happened early June 25 (before 2 am), after two men in ski masks approached the other two men standing outside the house and forced them to the ground, and took watches and jewelry from them. Luckily, a security guard working at a nearby property intervened, and gunfires were exchanged.

The two robbers then escaped the scene along with their driver but were later caught by LAPD. It was reported that two of them were injured, among which; one was pronounced shot dead at the scene and the other was taken to the hospital.

Also, the brave security guard unfortunately was shot in the stomach and was rushed to the hospital. The two victims (who got robbed) were also injured at the scene.

As for Richard, he was already inside his multi-million-dollar house while the shooting happened. Reportedly, the suspects followed Richards Rolls-Royce as it drove into the Hollywood Hills, and the two men (who were victimized) were also inside in the car with Richard.

It was unclear if the suspects knew if Richard was inside the car at the time.

Corresponding to his birthday, Richard is of the Aquarius zodiac,

Mentioning his distinct features, Richard has brown eyes and a brilliant smile. But have you noticed? While Richard smiles, his upper cheeks get puffed up, and that makes him even more charming.

Richard Saghian Family: Are They Persian Or Armenian?

It’s no doubt that Richard Saghian comes from a wealthy family, but as for their ethnicity, they seemed to be Persian. Reportedly, Richard’s parents were Iranian-American immigrants.

However, there were also rumors that Richard Saghian could be an Armenian. A critic wrote, “He’s Armenian just like the Kardashians but Armenians in LA are known for being involved in shady businesses so we shall see what will come out on this guy.”

But whatever the case may be, Richard was born and raised in Beverly Hills. That made him American through and through.

Richard Saghian flaunted a stunning net worth of $50 million in 2021. Reportedly, his yearly salary was over $5 million then.

So what’s his money tree? Well, he is the chief executive of privately-owned fast-fashion company Fashion Nova. He founded that company back in 2006 as a chain of stores that sold low-price “clubwear” and apparel in Los Angeles. Then, he launched the company’s e-commerce site in 2013, which went on to garner millions of followers soon.

Fashion Nova mostly manufactured items in Los Angeles. However, they also worked with vendors in China, Canada, and the United Kingdom.

For your reference, the value of Fashion Nova was more than that of H&M and Zara combined. Its influencers included stars like Cardi B, Kylie Jenner, Khloe Kardashian, and Nicki Minaj.

Before starting the company that would one day become one of the icons in the fashion industry, Richard was working at his father’s women’s clothing store. Although he only worked there during his summers, it must be where the millionaire gathered all his “ideas”.

Though Richard Saghian never talked about his sexuality, many believed him to be gay. Also, his preference to maintaining privacy in his dating life had people questioning if the rumors were true.

But let us not jump to conclusions based on the gossips. For all we know, he could have a secret girlfriend somewhere.

Does Richard Saghian Have A Wife Or A Girlfriend?

Before June 2021, Richard Saghian appeared to be unmarried. So, that ruled out the possibility of him having a wife. As for his girlfriend, there was no information available about her either.

Furthermore, his social media posts were also devoid of a girlfriend/wife as well.

Just in case you know want to know, Richard entertained 240 followers over Twitter @richardsaghian and was present over Facebook @LARich (as of June 2021).

And from the looks of it, he wasn’t much of a social media person either. His only posts then were a few of his profile pictures.

So, it’s hard to say anything about his dating life.