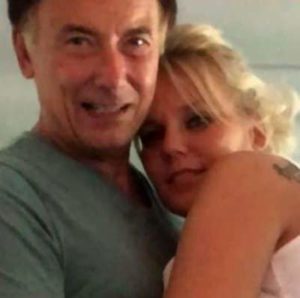 Meet Stan Smith, a millionaire who is pursuing love with his felon lover in the fourth season of Love After Lockup.

The drama-filled season of the prison romance show premiered on WeTV on June 18, 2021, with an all-new cast and Stan was one of them.

Discover more about the season’s breakout star in this Stan Smith Wiki.

Stan Smith’s full name is Stanley K. (Jean) Smith. He was born an only child to his parents.

His father Stanley Smith passed away in May 2009. While his beloved wife and Stan’s mom Mildred LaVadia Smith (nee Burke) survived in her early 90s by 2021. Reportedly, she was located in Imperial, a census-designated place in Jefferson County, Missouri, in the United States.

Stan Smith, who loved sporting the likes of a red velvet suit, to his fans’ dismay, did not appear like a social media person. Until June 26, 2021, he did not seem to be on Instagram, Facebook, or any other social media platforms.

In the initial episode of the season, Stan Smith acknowledged his net worth to be more than $2 million. His words were:

“My approximate worth right now, and of course it carries, it’s about $2.3 million.”

The initial episode of the season showed his similarly-aged friends concerned that Lisa might be a gold digger and warned him about it. But Stan he kept insisting that Lisa might be the real deal. He was also shown defending Lisa, reasoning — she cannot scam too many people because of her being in jail.

Talking to the WEtv cameras, Stan also confessed he plans to give his kids each 25% of his estate, leaving 25% for Lisa. Though he added he can not remember if he told Lisa that or not.

On S04 E01 of Love After Lockup, Stan Smith revealed that his wife passed away in 2012. And later, he began dating, meeting women online but it never worked out until Lisa.

Stan’s late wife was named Jean Ann Smith. She was 56 years old at the time of her passing. Also, until she breathed her last, she worked as a registered nurse at a St. Louis area hospital for 34 years.

How Many Kids Does He Have?

Stan Smith, who is also already a grandfather, shared three kids with his departed wife Jean Ann Smith. Among them are his two daughters Christina (Bill) Cieslinski and Brigitte (Michael) Bell who are against him boasting about his sex drive on a reality show like Love After Lockup, and a son named Robert Smith.

While less was known about Robert, Christina and Brigitte are close in age (40s) with their father’s girlfriend Lisa.

Stan Smith And Lisa On Love After Lockup

Stan Smith, with a liking towards much younger women, met Lisa on a dating website, but she went to prison soon after they met in person.

Before Lisa abruptly disappeared, she had three dates with Stan they slept together in between.

Then, Lisa reached out to her much older boyfriend from behind bars. Lisa admitted how Stan had thus been her rock throughout her prison stint. And in the show, Stan was counting the moments until Lisa was out.

Then, there was this awkward conversation which Lisa started with ‘when she’ll get to meet his kids’ on S04 E02. Stan, meanwhile, had replied he is not sure and they worry about “silly things”.In a phone call with Lisa, he reassured her that it was nothing personal that his daughters did not like her. He said, even if she were “Joan of Arc”, his daughters still would not approve of her. Stan reasoned: “nobody’s as good to them as their mother.”