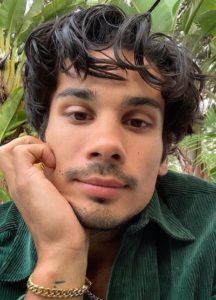 Among the plethora of up and coming acting giants, Netflix managed to bring together for the show Riverdale, actor Drew Ray Tanner is one of the most beloved. His impressive acting resume which he had created landed him the role on the TV show.

While his professional life is an open book, Drew preferred maintaining privacy regarding his private life. This wiki caters readers with a few facts known to him so delve in to learn more.

Born on 12 February 1992, Drew Ray Tanner secured Aquarius as his zodiac sign. He turned 28 years old while celebrating his birthday in 2020.

While hailing Aquarius, he inherited character traits such as independent, assertive, original, and easy-going which fitted right to his personality.

Drew Ray Tanner was born in British Colombia, Canada to his anonymous parents. Besides a few social media posts without giving away any names on her mother, no further details on his parents have been shared.

As a student, Drew had an interest in both sports and performance art, which is why he went on to play football and started acting at the same time.

However, having to grow up in a country-side with not much to do as a teenager made him a rebel. The place he lived had no entertainment centers, theatres, malls, and any other recreational centers.

Like most kids, Drew too got into some trouble growing up but changed his ways as he matured.

An undeniable handsome-hunk, Drew Ray Tanner stands at a height of 5 feet 10 inches (1.77 meters) while he weighed approximately 68 kilograms (149 lbs) at the same time.

Moreover, his charming nature and attractive physical attributes had his female fans falling for him to which they all agreed as his distinct features.

Along with Drew’s promising career as an actor, his social media reach grew exponentially. His Instagram account garnered a total of 1.6 million followers, as of 4th Aug 2020.

Whereas, his verified Twitter account boasted a total of 95.5k followers at the same time. More on that, he is also active on other social media platforms including Facebook at the time of this writing.

Growing up in the country-side, all Drew Ray Tanner had was access to country music to keep himself entertained. As he mentioned in several interviews, he remembered word for word of almost every song that was popular between the ’90s and 2000s.

Along with that, his love of acting made him perform in front of his family. He also learned and performed magic tricks from his grandfather, a retired Canadian army. All of these little things played a huge part in shaping his career path as an adult.

A kid with a loud voice filled with overflowing energy, his teacher decided to include him in the school plays. An enthusiastic performer at heart, he loved what he kept feeding the passion for active which he had.

As Drew grew up, he decided to take acting a little bit seriously. He opened up about following it as a career path that had his family torn regarding his choice.

Wholeheartedly set in his way, Drew kept participating in school plays, and went on to join the improv group in high school. Moving out of his hometown, he left British Colombia at the age of 18 to pursue his dream to be an actor.

As for his net worth, Drew Ray Tanner bagged an impressive net worth of $600 thousand.

Though social media posts of Drew Tanner didn’t seem to drop any hints on his dating life, a few of his posts on Facebook suggested he had a girlfriend.

In 2014, Drew Ray Tanner posted a picture with a beautiful girl who was planting a kiss on his cheek. The girl was Maria Jose Gonzalez. Though the dating status between him and his alleged girlfriend never got confirmed.

Following that, several rumors circled regarding him dating his fellow cast from Riverdale, Madelaine Petsch. But, he and his suspected girlfriend denounced the rumor and claimed they were only good friends.

So in conclusion, as of Summer 2020, Drew didn’t seem to be in a relationship with anyone, or at least on social media.

As for the gay rumors, Drew Ray Tanner never addressed them.