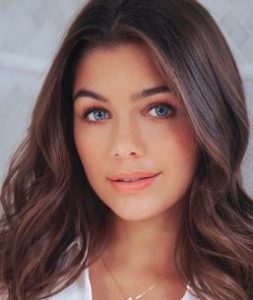 Hannah Ann Sluss competed for Peter Weber’s love in the 24th season of “The Bachelor” and skyrocketed to international fame.

Hannah Ann was named after her grandmother. Friends and family back home simply address her as “Hannah.” Reportedly, she added Ann to her name to differentiate herself from fellow reality stars Hannah Goodwin and Hannah Brown.

Oldest of her parents’ three children, Hannah Ann plays big sister to siblings Wade and Haley Sluss. The family of five continued to reside together at their home in Knoxville, Tennesse.

Per refinery29.com, Hannah Anna’s father was in the lumber industry. By March 2020, her sister Haley had 14.7k followers on IG while her brother Wade was attending the University of Tennessee.

As a teenager, Hannah Ann Sluss had her boobs done. Talking about the said plastic surgery in 2018, she opened up about being nervous ahead of the operation.

Working as a model, Hannah Ann landed a feature on nationwide campaigns for brands such as “Downy,” Victoria Secret’s “Pink” and Kristin Cavallari’s “Uncommon James.” She also signed a modeling contract with Wilhelmina Models.

Dabbling in acting, Hannah Ann appeared on the music video of Chris Lane’s single “I Don’t Know About You.” Additionally, she was featured in an episode of “Project Runway: All-Stars.”

Gifted with five feet & seven inches height, Hannah Ann began stacking her $300K plus net worth once her show-biz career took off.

Former “Bachelor in Paradise” sensation and friend of Hannah Ann Sluss, Hannah Godwin introduced her to the producers of the Bachelor Nation.

Caelynn Miller Keyes is one of Hannah Ann’s popular friends who share connections with the Bachelor Nation.

On the night she first got formally introduced to Peter Weber on “The Bachelor,” Hannah Ann was left love-struck. Equipped with her family-centric values, she even received a kiss on her hand and later, on her lips from the bachelor.

Peter’s parents, meanwhile, fancied Hannah Ann. They even asked their son to pick her over Madison Prewitt in the season finale.

Two weeks before the season finale, Hannah Ann was still in the pole position to receive the rose from Peter. Despite liking The Bachelor, papa & mama Sluss weren’t so eager to hand off their precious daughter to him.

Against all odds, Hannah Ann made it to the finale. Days before the two-day special premiered, she was photographed next to Tennesse-born NFL star Josh Dobbs. As such, rumors began to swirl that Peter might pick Maddison Prewett to be his fiancee.

The second part of “The Bachelor” finale featured Hannah Ann and Peter get engaged after Madison eliminated herself two days before the rose ceremony.

Before popping the big question, Peter asked Hannah Ann’s dad for her hand in marriage.

Sadly, the engagement proved to be the short one. Breaking things off with Hannah Ann, Peter flew to Alabama and reunited with Madison.

Days after Peter Weber’s Bachelor season aired on TV, Hannah Ann Sluss took to IG and shared that she had a new residence.

Although Hannah didn’t outrightly state where she was moving, her hat indicated she was moving to somewhere tropical — California, perhaps.

Hannah then appeared on “The Ellen DeGeneres Show.” Talking to guest host Sean Hayes, she opened up about how watching the season helped her find closure. Admittedly, watching Peter flirt and kiss other women in the show made her realize her worth.

By late-April 2020, things between Hannah and NFL star Mason Rudolph had begun to heat up. As dating rumors flared, a close source to the reality star insisted that the Pittsburgh Steelers quarterback wasn’t her boyfriend yet.

Weeks before she and Mason were photographed enjoying a coffee, Hannah opened up about her new dating approach. In her own words,

“I’m not going to be exclusive with anyone for a while. I’m just getting to know different people, as much as I can, virtually, during the quarantine. It’s weird because I got off the show, I was engaged. Then I was single, but I couldn’t go out, couldn’t go on a date, or really text anyone because people would know I wasn’t engaged. And then after the show, we go straight into being quarantined. I’m like, oh my gosh, my dating life is so dull.”

Since her “The Bachelor” debut, Hannah Ann Sluss always came off as a relationship type. Look no further than her four-year-long relationship with now-former husband prospect Ben Taylor. 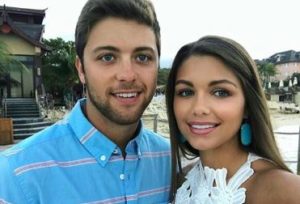 Hannah Ann last posted her once-boyfriend Ben on New Year’s Eve of 2017. At the time of their reported split, they had been dating for nearly four years.

Despite the breakup, both Hannah Ann and now-ex boyfriend Ben didn’t delete social media posts of them. Hinting the amicable nature of the split, the reality star shared that the relationship was built on friendship.