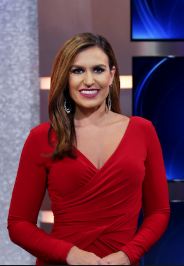 In September 2019, WTTG F0x 5 announced that it had promoted Erin Como to the position of weekend morning anchor. In addition to the new role, she would continue to anchor traffic thrice a week and host the segment “Cooking With Como” on “Good Day DC.”

On 31st January every year, Erin Como wakes up to celebratory birthday messages from loved ones. She was born in the year 1984.

Erin hailed from a family of four — the celebrated journo is siblings with big sister Leah Como. A school teacher by trade, Leah is also a married woman.

Discussing their parents, Erin and Leah’s father David Como held a license to operate as a clinical social worker. Meanwhile, the sisters’ mother Patricia Trautman served as the director at “Head Start.”

As a junior in college, Erin interned for a law office. She found the internship boring and opted to go into journalism.

Around 2015, Erin joined the “WTTG Fox 5” team. Before arriving at the East Coast-based network, she had earned invaluable experience working in Philadelphia and Nashville.

Already a senior staff at “WTTG Fox 5,” Erin allegedly took home a smooth $75K plus salary per annum for her services. The compensation added to her $800K plus net worth.

At one point in her career, Erin hosted a seasonal travel show for “Philly.com.” Additionally, she was the presenter for the travel series “.”

Working for WTTG Fox 5, Erin Como discovered fame and future boyfriend in Chris Smith — her co-worker at the very station. 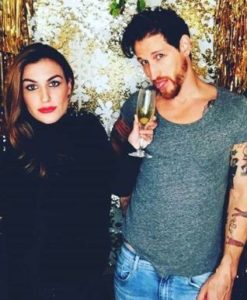 Here’s the story: When Erin joined the network in March 2015, her now-husband prospect Chris while on a vacation.

Returning from the trip, Chris visited Erin to catch up on the recent development. Admittedly, it was love at first sight for him. Despite the instant infatuation, he couldn’t make a move as he was dating someone else at the time. The news anchor, on the other hand, was engaged to her boyfriend-turned-fiance.

Erin and then-fiance, however, didn’t get married. Meanwhile, Chris’ relationship with the said girlfriend too suffered a setback. Eventually, the co-workers commenced dating.

In April 2018, Erin and husband hopeful Chris appeared on the podcast “I Still Have a Keycard.” At the time, they spoke about workplace dating and even hinted that a wedding was on the work.

Two years on, there wasn’t a follow-up on Erin and Chris’s relationship status. Nobody knew if they had broken up or gotten engaged.