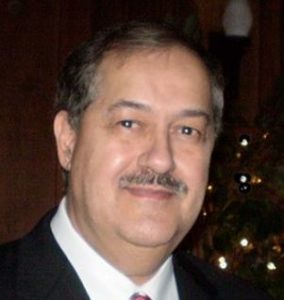 Don Blankenship is the American business executive who launched a third-party campaign for the 2020 United States Presidential Elections in October 2019. He was running with the ticket from the far-right Constitution Party.

Read the article below to read know more about Don, his policies, and his vision for America. Also, learn about his net worth, about his wife and children.

Don Blankenship was running from the Constitution party, which was a far-right political party with the originalist interpretations of the constitution. Also, he was running with William Mohr as his running mate.

Policy-wise, Don rejected the narrative of climate change and firmly believed that climate change was not real. Moreover, he was running on the presidential elections on far-right issues that bordered on problematic. Some of those policies were: opposition to the adoption of children by homosexual couples, strong opposition to women’s right to abortion, heavy tax-cuts to the rich, end of social security or privatized social security, etc.

Don was born to American parents. His father, whose name was not known, served in the Korean War. His mother was Nancy McCoy, a member of the famous McCoy family. She divorced Don’s father and raised Don and his three siblings by running a convenience store and gas station, which she opened with the divorce settlement money.

For high school education, Don went to Matewan High School in Matewan, West Virginia. He graduated in the year 1968. Later, for college education, he went on to Marshall University and graduated with a degree in accounting in 1972.

Don Blakenship was a heavyset guy with a tall height of 6 ft and weighed around 84 kgs.

Don was not very huge on social media. On Instagram, he had only 559 followers. Twitter was a little bigger for him with 4.5k followers.

After completing his college education in accounting, Don went on to work as a public accountant. In the year 2002, he was inducted into the American Institute of Certified Public Accountants‘ Business and Industry Hall of Fame. Furthermore, he was also inducted in the Tug Valley Mining Institute Hall of Fame.

He also worked as the chairman and CEO of the Massey Energy Company, an American coal extractor company based in West Virginia, Kentucky, and Virginia. Massey Energy was also the fourth-largest producer of coal in the United States.

According to some sources, Don earned an annual salary of $17.9 million, the highest in the coal industry.

As of October 2020, Don Blankenshi[‘s net was over $100 million. He had also published a book called The Price of Justice: A True Story of Greed and Corruption.

Don’s place in the coal industry was not without its dark marks. In 2010, there was an explosion in one of his company’s mines and 29 people were killed.

Afterward, Don was found guilty of violating mining safety standards and sentenced to prison for a year. He served his prison-sentence in Taft Correctional Institution.

Coming to Don Blankenship’s personal life, as of October 2020, he was reportedly engaged to his fiance, Farrah Meiling Hobbs.

Farrah and Don first met in 2009 on a flight from Atlanta to Las Vegas. Don’s potential wife was born in China and was a former Chinese professional basketball player and part-time model.

Don currently resides in Nevada, near Las Vegas, in a palatial home that he bought with Farrah at $2.4 million.

Don also had two children, a daughter named Jennifer and a son called John. Jennifer was married and had two daughters of her own. There was little information about John. Also, nothing was known about Don’s former wife and mother of Jennifer and John.