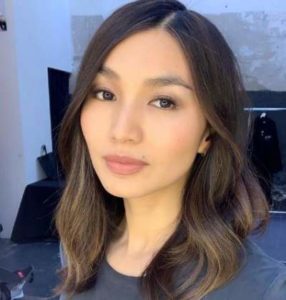 Gemma Chan is mostly loved and known for playing Astrid Leong-Teo, a fashion icon, and socialite, in Crazy Rich Asians. However, the British-Asian actress/model did not always get to portray such well-rounded roles at the start of her career. To be where she is today, finally taking the lead in Eternals, for years she took on “every job going – bit parts, one line parts, anything”. It included some roles, which today may seem like a bad choice of her career.

In her 2021 Vogue interview, Gemma reflected that she would now reconsider her options if provided with something like the controversial “witheringly stereotypical damsel in distress” character she played in a 2010 episode of Sherlock set in Chinatown.

That been said, let us indulge you more in her personal life stories now that she is done being a “jobbing actress” and is more aware and more in the position where she can contribute to roles that she actually deserves.

Gemma Chan was born in London, England, and raised near Sevenoaks, Kent by parents who emigrated from very humble backgrounds in China.

At one point in her dad’s childhood, he was homeless and lived in a shack on a hillside in Hong Kong. Gemma is aware she is just one generation away from that.

Gemma is grateful that her folks instilled in her a work ethic from a young age and a sense of, “the world doesn’t owe you a living you have to make your own way.”

Later, her father became an engineer. With education, he was allowed to have a completely different life than he had back at home.

Gamma’s mother was raised in Greenock, Scotland after her parents emigrated from China.

Does Gemma Chan Have Siblings?

Gemma Chan has a younger lookalike sister Helen, who got married to her much senior English businessman groom Eric Born in April 2016.

Both Helen, an associate director at financial PR firm Buchanan, and Gemma had called for increased awareness and support when their parents faced verbal assaults since the beginning of the COVID pandemic.

Also, her bust-waist-hip measurements were reported as 32-25-35, in inches.

As reported by celebritynetworth.com, Gemma Chan already had $6 million net worth by late-2016.

Education being paramount in her parents’ eyes, Gemma attended the Newstead Wood School for Girls and studied Law at Worcester College before deciding to pursue a career in acting instead.

So, after law school, Gemma turned down a job offer and instead enrolled at Drama Centre London, which of course disappointed her parents.

As of 2021, Dominic Cooper was yet to become Gemma Chan’s husband. He was still her boyfriend.

So, we have known, Gemma Chan has been dating her boyfriend Dominic Cooper since December 2018. They confirmed the romance making their red carpet debut at the high-profile British Fashion Awards.

Meanwhile, dating rumors about the two were already on the rise after they were spotted together in Spain in August 2017.

They continued to date even today but kept their affairs mostly private.

After spending a lifetime in the entertainment industry, the actors-couple seemed to have finally learned the importance of privacy. Gemma, especially, told ELLE UK — she is now able to distinguish what to share and what you don’t.

“When you start out, you don’t even know what is important to keep for yourself – I didn’t anyway, at the beginning, whereas now I think there are certain things that I absolutely know, ”That’s mine and it’s private.””

So, we gathered, she is not happy to talk about her relationship with beau Mama Mia all the time.

Early in Feb. 2021, amid the UK’s ongoing national lockdown, they were pictured as they went shopping for essentials in London.

While on Instagram, Gemma and her not-yet-husband partner, Dominic were seen together on April 2, 2020, as they helped deliver meals to the National Health Service (NHS) staff at Charing Cross Hospital on behalf of Cook-19, a non-profit organization providing volunteer cooked meals and supplies to NHS staff.

Other than these rare occasions, the two have worked to keep their romance out of the public eye. 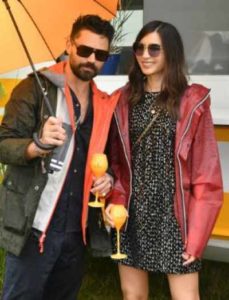 Gemma and Dominic attend an event during Wilderness Festival 2021 at Cornbury Park on August 07, 2021, in Oxford, England (PIC: GettyImages)

And before dating Dominic, Gemma Chan was in a long-term relationship with Comedian Jack Whitehall.

They dated for six years between 2011 and 2017. Jack, during an episode of his Netflix’s Travels With My Father, revealed that he could have married Gemma had he not messed up.

The two exes met in 2011 when they both starred in Channel 4’s Fresh Meat. They had blamed their hectic filming schedules as the cause of their split in 2017. A source had then cited, the couple however remained good friends.

Meanwhile, Dominic dated his Mamma Mia! love interest Amanda Seyfried from 2007 to 2010 before dating Ruth Negga from 2010 until April 2020.

Dominic reunited with his ex. Amanda, on-screen earlier in 2020, in the sequel, Mamma Mia! Here We Go Again. He had said, he is now friends with her and even got absolutely fine with Amanda’s husband Thomas Sadoski.

And while Dominic never married before and never had any children of his own, he is the godfather of James Corden’s first child, Max.