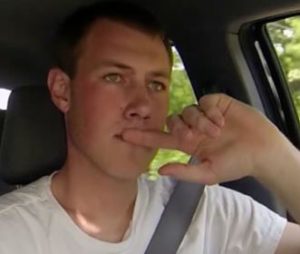 Are you, dear readers, ready for yet another daily dose of reality show wiki? Well, you better be for we have brought Will Campbell, who is the estranged husband of Lindsie Chrisley, who you might recognize from Chrisley Knows Best.

Even if you don’t read along, you will find out what interesting people Will and his estranged wife Lindsie are.

Also, because of his April 25th birthday, his zodiac sign was Taurus.

According to his CV at his college, Will Campbell was born to parents Anthony Campbell and Carol Campbell. Both of his parents were actually very sports-loving. In fact, his love for baseball (he played for his college team) was due to his parents.

His mother was his first baseball coach, teaching him to play when he was only four or five years of age. Then, when he grew a little older, his father coached him for the Little League.

Will’s hometown was Douglasville, the suburbs in the outskirts of Atlanta, Georgia. Will was born and raised in his hometown of Douglasville.

Will Campbell did not really have a visible social media presence. However, he was featured quite frequently on his wife’s social media. His estranged wife had a huge social media reach.

On Instagram, Lindsie Chrisley had a massive 605k followers as of March 2021. Similarly, on Twitter, she had 157.2k followers. She also had a Facebook page with 62k likes and 252k follows.

Will Campbell is a guy with large physical features. He stands at a tall height of 6 ft 1 inch and had a rather heavyweight of about 91 kgs, maybe a little more.

Will Campbell Net Worth, Job, Education

We have already said a little about Will’s educational career, especially regarding his extra-curricular pursuits during his education. Will went to Alexander High School in Douglasville, Georgia.

In high school, he played a little bit of baseball. However, he was not as good as his elder brother, the first pitcher in the family. But Will worked hard and was able to play for his college team.

For his college education, Will went to Georgia State University – Andrew Young School of Policy Studies. He graduated with a degree in economics.

He had an excellent performance record for his university team in the collegiate games. However, for some reason, he did not become a professional baseball player.

For a livelihood-earning job, Will Campbell decided to become an account executive. A few years after graduating from college, in 2013, he started to work as an account manager for Wolters Kluwer Tax and Accounting.

After working in that job for over 4 years, he moved to PDI Software as an account executive. He has been working on his PDI Software job since February 2018.

An average accountant executive in the Atlanta region earned $59k every year with $31 k additional compensation. Considering that Will was in the industry for over 8 years, he must be earning slightly more than that.

According to our reports, Will Campbell had a net worth (estimated) of $750 thousand. In contrast, his estranged wife, Lindsie Chrisley had a massive net worth of $1.5 million to $2 million.

As we have already said, Will Campbell married Lindsie Chrisley, and it had been a rocky rollercoaster-y marriage. But before we dive into it, a little about Lindsie Chrisley.

Lindsie was the oldest daughter of Todd Chrisley, the protagonist of the reality show Chrisley Knows Best. And she had appeared a few times on the show, as had her Will. But she also had her own thing going. She was a blogger as well as a podcast host.

Will and Lindsie first met when they were just kids, 19 years of age, and started dating. And after dating for a few years, they married each other. It was not a traditional wedding. They eloped against their parents’ wishes.

Lindsie’s father was especially cross with them because he did not get the joy of giving his daughter away at a traditional wedding. Soon after the eloped wedding, Will and Lindsie had the first of their kids. Son Jackson was born in 2013.

However, after their son’s birth, Will and Lindsie started to grow apart because of the pressure of taking care of a child. However, there was also the fact that after the birth of Jackson, Lindsie had a miscarriage, and lost a little girl. That could have taken its toll.

In 2016, Lindsie filed for divorce but even before their divorce was officially finalized they reconciled. And in the in-between two years, Lindsie had an affair with Bachelor Nation stars Robby Hayes and Josh Murry. 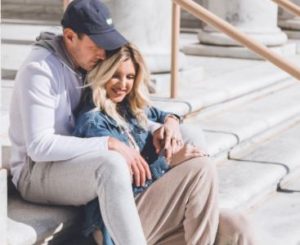 As of 2020, Lindsie and Will were together and living as a family of three with their son Jackson in Atlanta. There were also some mischievous comments about future babies. We can say that for now, the tides were quiet in the Will-Lindsie saga.

By 2021, Will and Lindsie had parted ways. July that year, the latter announced their divorce. The reality also revealed that she was focused on new beginnings.

0 Replies to “Will Campbell Wiki: Lindsie Chrisley Husband, Net Worth”