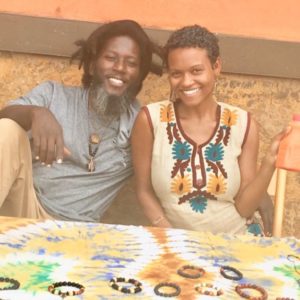 Consequently, they have been fighting this fight to regain her children back alongside his baby mother/partner Syesha Mercado. In the video Tyron attempted to explain to deputies that they were “compliant and following every law,” and their daughter had already been seen by physicians just a day prior.

Learn more about Syesha Mercado’s baby daddy, his age, and his job in this Tyron Deener Wiki.

Tyron Deener turned 36 years old in July of 2021. What’s more, he celebrates his birthday on 13 July.

Tyron Deener was born in his hometown of Sarasota, Florida, United States. He is absolutely anonymous and shared no information on his parents. Not even a single-family member related to him surfaced in the public domain.

Meanwhile, his baby mother Syesha Mercado was born to her Bahamian mother Zelda and Puerto Rican father Jose in Sarasota, Florida, United States. Zelda was a former Motown backup singer who inspired Syesha to start singing in the first place.

Syesha inherited her love of the Gospel and soul from her mother, Zelda. Her mother’s performance and how she moved people with her singing impressed Syesha as a singer.

Jose, Syesha’s father, on the other hand, struggled with drugs and alcohol.

Tyron Deener reportedly stands tall at the height of 5 feet 11 inches (1.80 meters). Also, his dreads are his distinct features.

The only social media platform where he could be discovered is Twitter (@TyronDeener). Moreover, his Twitter earned 24 followers and contained only 9 tweets.

To share about her partner, Tyron Deener founded Bully Affiliated Inc. The company bred and sold bulldogs. He also worked as a photographer and provided video production services.

According to Florida Company Registry, the company was filed on 20 Oct 2014 as Limited Liability Company type, registered at 2409 22ND ST. SARASOTA, FL 34234. Its Document Number is L14000163383. There was one director and the agent name of the company is
Tyron Deener himself.

The company was dissolved in September 2015.

According to GoFundMe, Tyron also worked as an educator and youth service professional working in the Foster system.

About his partner, Syesha competed in American Idol in 2008. At the time she was in school, so she left it to audition for the singing competition show. Syesha became the finalist alongside David Cook (winner) and David Archuleta.

On 9 May 2008, Syesha received a key to the city of Sarasota during her American Idol hometown tour. They celebrated the day as Syesha Mercado Day.

Later, Syesha started pursuing her career in theatre performing a musical like Dreamgirls. The show launched at Harlem’s legendary Apollo Theater. She also toured with a theater company “The Book of Mormon.”

Tyron Deener and Syesha Mercado have been together at least since October 2019. He supported Syesha’s beads bracelet business and participated in its sales. The dating couple doesn’t seem engaged or married as of May 2021. But they have two kids together; Amen’Ra and a 10-day-old daughter.

Moreover, Tyron’s partner raised her voice against the Manatee County Sheriff’s Office after they seized her baby. The harrowing moment gathered 1.7 million views on her Instagram. The posted footage of the disturbing incident occurred near Whitfield Drive and Lockwood Ridge Road on Instagram Live.

Also, Tyron’s daughter is the second child with his partner who claimed police “legally kidnapped” under unclear circumstances in the past five months (August 2021). Police took his first-born Amen’Ra into their custody to a hospital for a physical test. They assumed the 15-months-old son was malnourished. Amen’Ra joined the system after Mercado’s breast milk supply started to run dry, and the boy would not accept other fluids.

As reported, the authority took Amen’Ra to Johns Hopkins All Children’s Hospital in St. Petersburg on 26 February 2021 for help. Two weeks later, the St. Petersburg police removed Mercado and her partner Tyron Deener from the hospital for trespassing amid allegations of malnutrition.

The singer’s son was discharged in late March 2021 and transferred by child protective services investigators into foster care due. After that, authorities placed him in a white foster family during the pandemic. There was no access to updates and in-person visitation.

In addition to that, Manatee County Sheriff’s Office, medical staff reported that American Idol contestant and her partner Deener turned down a B-12 intramuscular shot, as recommended by the hospital.

The parents of the two vehemently denied the allegations.